An inclusive, rigorous strategy for improving equality and diversity 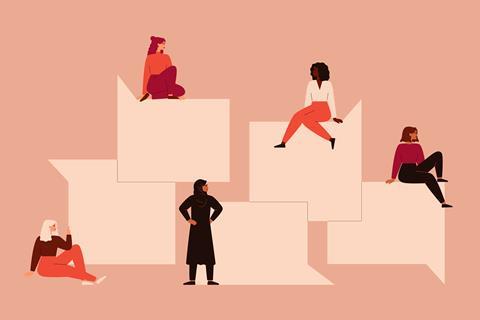 A non-confrontational approach encourages more people to share their stories

We can all think of instances where members of the scientific community have been called out on inappropriate behaviour or language. This act of calling out is a direct challenge to another. As such, it can be an intimidating thing to do, as standing up to someone senior to you and telling them that what they are doing is not okay can be frightening and requires a lot of emotional labour. Additionally, there may be misperceived or unintended consequences to your career.

The converse is that being called out can feel threatening. Particularly if you do not understand the transgression you have been accused of, or were doing your best to be supportive of equality, diversity and inclusivity (EDI) issues but find your actions have provoked a backlash. Fear of a reaction might inhibit someone from even trying to get involved in EDI work. Additionally, responses to being called out are quite often defensive, and can result in behaviour, arguments or actions that become even more hurtful to those who are doing the calling out.

However, there is still a need to raise EDI issues, including those around gender, though this must always be considered intersectionally. Although things have come a long way since 1988 when Sharon Traweek described the laboratory as ‘a man’s world’,1 the chemical sciences have a particular issue with the retention and progression of women. In 2018, the Royal Society of Chemistry’s Diversity Landscape of the Chemical Sciences report suggested that the rate of change then seen would never result in gender parity – and this was before the coronavirus pandemic, which has raised concerns that lockdown has disproportionately impacted the careers of women. If the positions of power within science are predominantly white and male, this ‘sends a message to our undergraduate and graduate students, half of whom are female.’2 Further, this lack of diversity among scientific leaders ‘may allow unintentional, undetected flaws to bias … research.’1

The international Women In Supramolecular Chemistry (Wisc) network has taken a creative and reflective approach to humanise the reasons why equality work is critical. In 1979 Audre Lorde, a self-proclaimed Black feminist, poet, and warrior, said if we want to change things, we need to do them differently.3 We aspire to be an agent of change. Instead of calling out, Wisc ‘calls in’. Rather than pointing the finger at others, calling in is an invitation to discuss something that might be uncomfortable in a safe environment without fear of getting it wrong, and then to pull together the community as a whole to make positive changes.

Each field has its own specific context and challenges

Wisc focuses on the supramolecular community. All too often, EDI work is approached from a general perspective but each field has its own specific context and challenges. This is why Wisc focused on supramolecular chemistry and not women in the whole of chemistry (or Stem). We were cautious of projecting our own experiences and assumptions onto others. Therefore, we set out to survey the supramolecular community to ask what their perceptions of marginalisation were, their opinions on a number of different proposed initiatives, and what they would like to see happen to support those who are marginalised. While it might seem simple to ask the community questions about their experiences, we were aware that chemists are not trained in these kinds of research techniques. So, just as a chemist wanting to test out a new compound on a cell line would collaborate with a bioscientist, Wisc co-opted a social scientist onto the board to ensure that this research was carried out with the community, and with due regard to rigour, validity and ethics.

Data saturation, that is, the point where no new information is discovered in analysis, and signals that data collection can stop, was reached with far fewer than 100 respondents. It can be intimidating to talk openly about personal lives while academia remains ‘the (stereotypically) masculine and isolated place it was designed to be – a place free from children, romantic relationships, and personal problems and lives’.4 However, many people felt able to share their stories with us, validating our approach.

Respondents wanted mentoring, more visibility for women and marginalised groups, and confirmed that career breaks and the transition towards becoming an independent principal investigator were crucial times when extra support or guidance is needed if we want to ensure women can be retained and progress.5 Wisc has had overwhelming support from those most senior in the field, with words of encouragement and offers to mentor more junior colleagues, showing that the deliberately inclusive and non-confrontational approach of ‘calling in’ the community is working.

Wisc only launched in November 2019, and we are at the beginning of our work. We are following up the survey with a mentoring scheme, a second survey exploring experiences through Covid-19 (currently open to the supramolecular community) and ongoing research. While our work focuses on the supramolecular community, our strategy of calling in and rigorous social science research is not field-specific. By sharing our approach and results, we hope our work might act as a model to those in other fields and disciplines who are keen to address EDI issues.

2 M A Mason and E M Ekman, Mothers on the Fast Track: How a New Generation can Balance Family and Careers, Oxford University Press, Oxford, 2007