…but will it ever be science fact?

This column’s title is a bit of an in-joke among science writers. Stuck for an opening sentence to your story? Try it for size – it’s almost guaranteed to work! 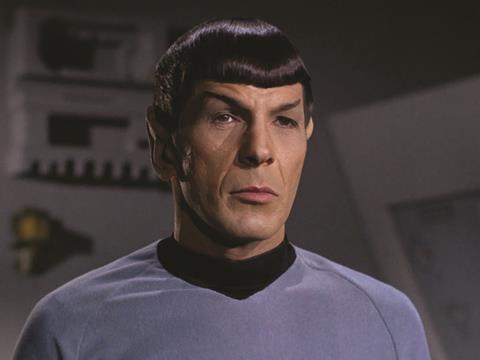 Chemistry is bolding going where no-one has gone before

Just take a look at our features this month – they all have a whiff of the sci-fi fantastic: transistors just one or two atoms thick to power even smaller computer chips; hand-held spectrometers reminiscent of Star Trek tricorders; and the search for extraterrestrial life.

Whatever you think about either the chances of finding life out there, or the cost of doing so, sending analytical instruments across the solar system to perform experiments and transmitting data back to Earth is a staggering achievement. Anyone who has struggled to calibrate or just use any kind of equipment in a mundane lab environment can respect the feat.

With one eye – as ever – on how the public perceives chemistry, we should be loudly celebrating the fact that this deep space search for life so heavily relies on understanding and detecting molecules. Atmospheric chemistry is still chemistry, whether the atmosphere belongs to Earth, Mars, Europa, or even planets beyond our solar system.

Of course, one of the reasons these sophisticated instruments are able to travel millions miles through space is because the computers that control them are so small and powerful. This shrinking-yet-powering-up process is described neatly by Moore’s law: the number of transistors on a chip doubles every two years or so. However, that ‘law’ could soon fail as we start to approach the physical limits of silicon, which has prompted scientists to explore new materials. it’s still not clear what, if anything, will carry the baton after silicon. Our feature looks at the various chemistries being investigated at the moment, especially 2D metal chalcogenides like molybdenum disulfide.

Our third feature on small portable spectrometers certainly sounds like science fiction becoming fact. Bringing together computerisation, miniaturisation and portability, and with an uncanny resemblance in form and function to Spock’s favourite gadget, a first generation of such instruments is now available. They’re not quite at the stage where savvy shoppers can scrutinise their sandwiches or check their plums, but for a host of applications – from battlefields to factories – their widespread adoption cannot be far away.

Science fiction writers, take note – you need to work harder in the future!