The energy to fight injustice 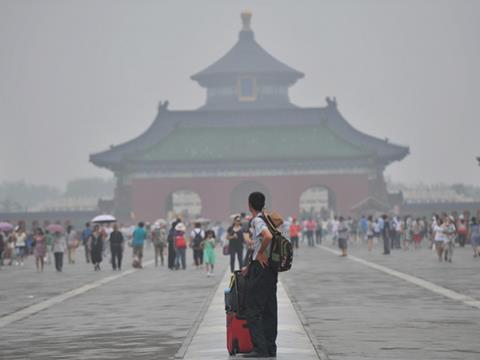 As I peer into Beijing’s impenetrable smog, I feel nauseous.

Air pollution from burning coal kills over 1 million people per year in China. And those living suffer its ill effects.1 One scientist told me that he was using his savings to send his child out of the country, to grow for a while in clean air.

I have long been troubled by the injustice that climate changes we have brought about will be inherited by our children. China’s air is another tragic consequence of our choices.

What makes me sick is that these tragedies were preventable. Scientists informed political leaders decades ago that carbon-free energies must be phased in to replace fossil fuels. However, we failed to communicate the implications.

Scientists should have made it clearer that there is a limited ‘carbon budget’ for the world – a limit on the amount of fossil fuels that can be burned without disastrous consequences. We should have made it clear that removing carbon from our energy supplies – particularly for developing countries such as China and India – requires a suite of carbon-free technologies: hydro, solar, wind and nuclear power.

This last is a key part of the solution, and one we unfortunately abandoned. Years ago, the US, as the leader in nuclear R&D, had an opportunity to help find a carbon-free path for the world. In 1976, nuclear scientists were ready to build a demonstration ‘fast’ nuclear power plant. Today’s ‘slow’ reactors use less than 1% of the nuclear fuel. A ‘fast’ reactor can utilise more than 99% of the nuclear fuel and can ‘burn’ nuclear waste, which will be needed in the future as easily available uranium is used up.

However, anti-nuclear forces in politics and ‘green’ organisations eliminated this opportunity – the project was stopped by President Jimmy Carter. Research continued at a low level until 1993 when President Bill Clinton delivered the coup de grace, declaring ‘We are eliminating programs that are no longer needed, such as nuclear power research and development.’

The enormity of these anti-nuclear policy decisions is difficult to exaggerate. Energy consumption is an inescapable requirement of development, and renewable energy sources alone cannot satisfy the energy demands of China and other developing nations. They now have no choice but to burn massive amounts of coal if they wish to raise their living standards.

China is already doing more to safeguard the environment than we are in the West. For example, where possible, new buildings in China use geothermal heat and other renewables, and efficiency standards are ratcheted up when improved technologies appear.

But we should not expect China to use renewable energy for base-load electricity.

As an example, the new US solar power plant, Ivanpah, near the Nevada–California border, which cost $2.2 billion (£1.28 billion) and covers 13km2, will generate 0.82TWh of electricity per year. In contrast, Westinghouse is nearing completion of two AP-1000 nuclear plants in China. These nuclear facilities each require about 1.3km2 and cost China about $3.5 billion. Each plant will produce 8.8TWh per year. It would take more than 10 Ivanpahs to yield as much electricity and an area of more than 128km2.

The AP-1000 is a fine nuclear power plant, incorporating several important safety improvements. However, further advances in nuclear plants beyond AP-1000 are possible. The US must cooperate with China and assist in its nuclear development.

Training nuclear engineers and operators in the US could help assure safe operations during a challenging period of rapid expansion. And the benefits of cooperation will eventually come back to the US and other countries as cost effective power plants are perfected.

Such progress is crucial. Events are spiraling down so rapidly that I struggle to sleep. Declining production and rising costs of conventional oil are making it commercially viable to extract unconventional fossil fuels, such as shale gas and tar sands, that should be left in the ground. Ironically, environmental groups’ insistence that renewables are the only alternative to fossil fuels actually assures expansion of fracking, locking in long-term dependence on gas for electricity, and crude oil for vehicles.

Yet my greatest frustration is with our own inability as scientists to communicate the energy story. We could phase down fossil fuel emissions with a simple rising fee on carbon collected from fossil fuel companies, with funds distributed uniformly to the public. This would drive efficiency and carbon-free energies, thus discharging our responsibility to future generations, other cultures and other life on Earth. Instead, our governments subsidise fossil fuels and facilitate more and more invasive mining practices.

It is still possible to minimise climate change effects and it is still possible to solve the air pollution problem. But if we don’t help developing countries obtain abundant, affordable carbon-free energy, I believe that our children, and the world as a whole, will find us guilty of the world’s greatest crime against humanity and nature.

James Hansen is former director of the Nasa Goddard Institute for Space Studies and is now adjunct professor at the Columbia University Earth Institute, US