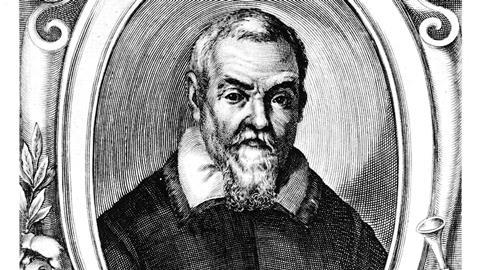 The forgotten father of chemistry

In the mid-16th century, science began a long transition away from the teaching of Aristotle, who believed that everything was a combination of matter and ‘form’, and into the modern idea of structure. Led by the likes of Rene Descartes,1 Isaac Newton and Galileo Galilei, science moved through a kaleidoscope of interpretations to a corpuscular approach to matter – that everything is composed of small particles (corpuscles). Or so we thought.

Today we know that this reinterpretation of our world occurred much earlier, mostly shaped by contributions from the field of medicine. The work of Italian physicians such as Girolamo Fracastoro (1578-1553) and Santorio Santorio (1561-1636) gave birth to a new approach to matter, developed and applied to explain the main features of the body. While Fracastoro’s ideas on contagion remained somehow confined within the learned circles of early modern physicians, Santorio was destined to influence generations of physicians and philosophers across Europe.

Published in Venice in 1614, Santorio’s Ars de statica medicina consisted of a series of aphorisms that studied the rapport between body weight and digestion. Collected over 30 years through the use of a purpose-designed weighing chair, the aim of Santorio’s experiment was to show that every alteration within the body was associated with a corresponding change in weight – and therefore subject to experimental analysis and quantification. Santorio understood the body was a living laboratory, through which digestion allowed the separation and recombination of ingested food and beverages into nutrients, urine, faeces and minute particles expelled through the pores of the skin and the respiratory tracts (which he called perspiration insensibilis). Exchange the word ‘body’ for ‘alembic’, and you have a form of proto-chemistry.

Santorio’s book changed European science. It had more than 84 editions in around 100 years, with translations into almost every European language, it laid the foundation for the experiments of Antoine Lavoisier and Armand Séguin. Yet despite its relevance, the theoretical path lying behind this redefinition of the concept of form into minute bodies emanating from the body (manantia corpuscula, particulae minimae) has been forgotten for centuries.

I began my research into Santorio’s methods and ideas in 2013. It emerged that Santorio held a corpuscular view of matter almost 20 years before Galileo. He conceived matter as pores and dispersed voids, and contended the density of its tissue was determined the position (situs), disposition (figura) and number (numerus) of ‘minimal bodies’. Santorio corroborated his theory with a series of experiments. He created different colours, tested different mixtures of natural and artificial substances, made glass, mixed drugs and distilled urine, details of which he set out in a work called Methodus vitandorum errorum omnium qui in arte medica contingunt libri XV (Method to avoid all errors in medicine), published in Venice in 1603.

In 2016, while researching Santorio in the British Library, I discovered his original annotations on the structure and composition of matter. In both the main text and his marginal notes, the corpuscular theory emerges as a distinctive feature of his approach. Santorio believed the quality of substances resulted from the geometrical disposition of corpuscles in space. But it is noteworthy that he did not consider such a disposition down to luck: rather, it pinpointed a scheme that corresponded to a substantial arrangement and was driven by a natural ingenuity (retusum habet ingenium). Santorio posited that when corpuscles reached their ‘natural position’, they formed something beyond their specific properties. It is an idea that is one of the most distinctive features of early modern chemistry.

It is remarkable that, beyond his undoubted merits in science and early modern technology, Santorio held such innovative ideas and was so fully committed to investigating the structure of matter. And his views did not remain confined within the circle of Italian philosophers. They were widely circulated and studied by authors such as Galileo, Daniel Sennert, Robert Boyle and Gottfried Leibniz, who used them to support their own approaches to corpuscularism. He taught Europe to regard the body as a living laboratory, and to study its functions quantitatively through the many devices he invented – including thermometers, hygrometers and pulsimeters. He started a real change (often mistakenly called by some historians as a ‘revolution’) in an unexpected field, independently from the mechanics of Galileo.

In this sense, Santorio makes a good case for a new assessment of the influence that medicine exerted on natural philosophy and chemistry throughout the early modern period and beyond – an influence that turns out to be more important than was previously suspected.