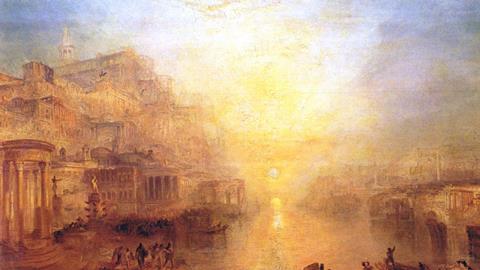 Source: Courtesy of The Athenaeum

The hunt for Indian yellow

A mysterious pigment has often been used to spot fake art – but what if the reference standard is wrong?

Upon his death in 1851, successful artist Joseph Mallord William Turner (JMW Turner) left his vast collection of paintings, watercolours, drawings and sketches to the UK.1 This gift, known as the Turner Bequest,2 came under the official charge of the National Gallery in London and is the largest donation of art works ever received by the institution. In 1910, it was decided that most of the collection would be housed at the National Gallery of British Art (now the Tate Britain). In 2002, the Bequest was digitised and made available online so the world could see this beautifully curated collection. And taking centre stage, brushed across canvases and paper, is an art and chemical controversy: one of Turner’s signature colours, the vibrant pigment Indian yellow.

The origins of Indian yellow, which first appeared in the 14th century and then vanished at the end of the Victorian era, are as mysterious as Mona Lisa’s smile. A popular legend places the pigment’s source as the Bihar province of India, made from the urine of Bihari cows fed only mango leaves; solids were then gathered from the concentrate and left to bake in the sun, eventually turning into the intense pigment so valued by artists. The story continues that Indian yellow was banned in the early 1900s over concerns of animal cruelty. This tale explains the mysterious emergence and sudden disappearance of this astonishing colour, but is largely unsupported with evidence and disputed by modern researchers. To this day, the truth about the dye remains unknown.3 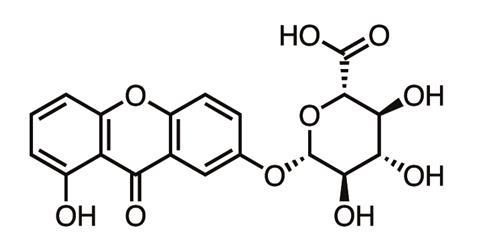 The mystery deepens when you realise that there is also more than one ‘Indian yellow’. There is the ‘true’ pigment, with its unknown origins and wide popularity with Turner, his contemporaries and artists going back to the Dutch masters of the Renaissance. But throughout the 19th century, with the birth of synthetic dyes and pigments, several ‘fake’ Indian yellows emerged. These belong to the azo class of synthetic dyestuffs, with one of the most popular being tartrazine, a compound now widely used as a food colouring.

The rise of Indian yellow fakes around the time of the disappearance of true Indian yellow is extraordinarily fortuitous, as it gives authenticators a way to date items and spot forgeries. Fakes may fool the eye, but they won’t fool analytical instruments: true Indian yellow is a magnesium salt of euxanthic acid and devoid of an azo group (R–N=N–R). Tartrazine, on the other hand, has all the hallmarks of an azo. 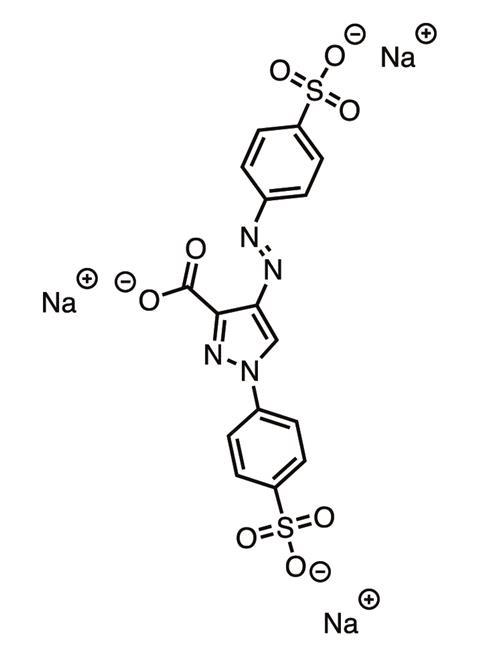 Tartrazine, used to fake the pigment

One would think that sorting the true Indian yellow from its azo fakes would be a snap for Raman and infrared spectroscopy; after all, there are distinct structural differences that should give rise to different signals. All an analyst needs to do is collect spectra from the suspect item and compare it with a reference standard, being mindful that ageing or restoration attempts may affect the results. But the key to the whole process is the standard. What if it was wrong?

Unfortunately, according to the authors ‘[a] search in the literature confirms that all the spectra reported hitherto as belonging to Indian yellow pigment correspond, in fact, to tartrazine.’

It is unknown how a fake became the reference standard for Indian yellow. But an update in Forensic Science International by Gregory Smith, senior conservation scientist at the Indianapolis Museum of Art, US, shows the potential impact of de Faria’s work.5

Smith details how ‘two research groups have used the earlier, erroneous Raman spectral reference data to identify Indian yellow… in a set of three rare 16th century copies of the illuminated manuscript The wonders of creation and oddities of existence by the Arab scholar Zakariya Qazwini, held by the British Library.’ Moving on to paintings, a Mughal piece at the Government Museum in Chennai, India, also had Indian yellow identified ‘based on the same incorrect literature reference spectrum’.

Smith’s update also demonstrated the use of a dispersive Raman technique with a visible light source for the authentication of Indian yellow. True Indian yellow’s vibrational Raman spectrum displays a high luminescence background when excited by visible light (457.9nm, 488nm, 514.5nm, 532nm, 632.8nm and 785nm). This fluorescence is ‘one of the most cited characteristics of genuine Indian yellow’ and isn’t seen in tartrazine. Reaching into his institute’s collection, Smith evaluated an illuminated Hindu manuscript labelled from 17th–18th century, along with true Indian yellow and three possible modern day fakes. Only the true Indian yellow and – no doubt to Smith’s relief – the manuscript showed fluorescence under a blacklight.

But what about the items that failed the test at the British Library or the Government Museum? Are these authentic works, or perhaps restored using a tartrazine-based modern imitation? Are they forgeries? And what does this all mean for these works’ ascribed history? Answers to these questions and more are only possible, as Smith suggests, with a re-examination of the items.

Author’s note: The authenticity of the Turner Bequest is not in question. If anything, the items within this collection show true Indian yellow.