The postdoc problem: too many, or the wrong kind? 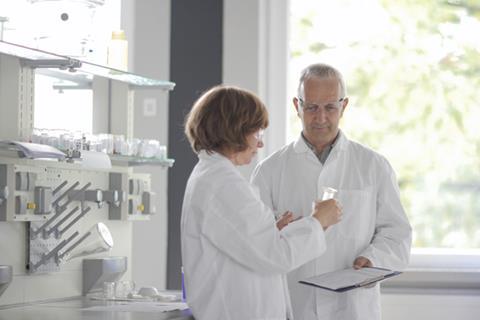 The journey from postdoc to professorship is more competitive than ever

When I entered the world of biomedical research as a graduate student in 1994, I was immediately greeted with a cover story from Science that essentially stated there were too many PhDs, and not enough jobs for them.

Over two decades later, this notion is again being discussed at the highest levels, media stories have never been more abundant and postdocs themselves are leading efforts to reform a system long considered broken (or at least badly bent).

But an honest answer to the question requires an honest assessment of the purpose of a postdoc position.

Postdocs are arguably the best-trained and most productive part of the scientific workforce – generally viewed as a critical (and inexpensive) labour pool that can be expanded or contracted based on available funding.

From this viewpoint, the number of postdocs should be self-correcting. However, the scientific community is not a closed system. In the example of the US, the inherent moderation of the job market fails because countries other than the US now produce the majority of global Stem (science, technology, engineering and maths) PhDs.

Data on US postdocs who are working on temporary visas is incomplete, but it seems clear that a very large percentage of the increase in the postdoc population is accounted for by imported foreign talent.

This essentially limitless supply of labour undermines a true market economy that would self-regulate, and perpetuates a system addicted to the low-cost postdoc in order to function.

In contrast, if you consider the purpose of the postdoc is training future faculty and research lab leaders, then simple arithmetic would indicate there is at least a five-fold excess of postdocs in most disciplines. Add to this the trend for replacing tenured faculty lines with non-tenure track positions and competition for faculty positions can be justifiably considered worse than at any time since the second world war.

This hyper competitive state increases anxiety and frustration for postdocs, but it also creates an academic arms race. If 200–400 candidates apply for every open faculty position, as many estimate, candidates must have a truly exceptional publication record to even be considered.

Those high-impact papers take time to develop, so postdocs spend more time training. As the bar creeps higher, so does the time needed to surpass that bar.

The cost of hiring a new faculty member at a top research institute in the US is enormous, and it’s understandable that hiring committees seek the candidate representing the lowest possible risk.

Researchers often wryly observe that funding agencies will only give you money if all your proposed studies are already complete. In analogous fashion, new faculty hires now arrive with CVs that likely would have made good tenure and promotion dossiers 20 years ago. 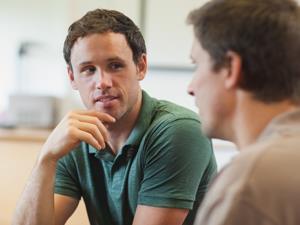 The ‘too many postdocs, too few jobs’ problem has generated a wealth of proposed solutions, most of which are not novel, nor have they been tested at a large scale.

Recently, Bruce Alberts suggested sweeping changes to the US research enterprise. Some of those suggestions (expanding the National Institutes of Health (NIH) congressional appropriation from one year to five years, moving graduate students and postdocs from research grants to training grants) would literally take an act of Congress. Others (substantial increases in postdoc salaries, expanding the ‘staff scientist’ position) would require either large increases in funding or large cuts to the number of scientists supported.

There are, however, two recommendations that could be implemented without significant cost or reduced numbers, and that would still have a dramatic positive impact: limiting the number of years an individual can remain in a training position and expanding the scope of PhD education and training to include careers beyond academia.

Despite enormous advances in knowledge, medicine and technology, the PhD training system has changed little for centuries. Academic training is based on an old German apprenticeship model, which largely disappeared after the industrial revolution but remains stubbornly alive in science. We must embrace the fact that most trainees will not pursue the path of their advisers, if we hope to correct a system that has grown catastrophically out of balance.

These two changes, though not financially costly, would require a culture change at all levels and will be resisted by those who benefit most from the status quo. But they are not in conflict with the goals of academia and faculty leaders; they merely reflect the reality of today’s situation (and almost as certainly tomorrow’s).

Most trainees will not follow the same path as their advisers

The NIH created a new grant programme in 2013: Best (broadening experiences in scientific training). This grant funds 17 institutions for five years to test different training models and new ideas. These programmes are designed to prepare individuals for a wide range of careers. By providing honest answers, a means to determine the best career fit for an individual and a clear path to follow that career interest, these programmes are modernising the training system. They are engaging the future employers of PhDs and getting their support and assistance in creating resources to better prepare graduates for life beyond the PhD.

There is reason to hope that a graduate student who understands what career they want, who has a plan to achieve that goal and the necessary support and training, will be more motivated, more productive and will finish faster than they would otherwise. Another important expected benefit is that having a clearer career goal will mean PhD students would only pursue postdocs when it is necessary for their career, thus reducing the number of postdocs. Moving the decision point from the end of postdoctoral training to the end of one’s PhD has long been promoted by Keith Yamamoto of the University of California, San Francisco, and others. But in the short term this would likely only increase the number of foreign postdocs to fill any need. Therefore, it remains critically important that postdoctoral training also include substantial opportunity to explore and prepare for a variety of careers.

Broadening postdoctoral training to foster better leadership, management and communication skills would benefit everyone and could be accomplished without measurably reducing productivity. Providing career planning resources, mentoring teams and assistance in career transition are at the heart of what postdoctoral training professes to be, but is largely absent for the majority. These are not expensive programmes, and full participation should not require a great deal of time. The benefits of this type of training have long been clear to many, and arguments that it coddles those who are not serious about science or dissuades those uncertain of their career goals ring hollow.

The culture of scientific training is not changing; it has changed already. It is up to those who train PhDs to accept the new reality, embrace the opportunity it presents and lead us into a future limited only by our creativity and willingness to explore.