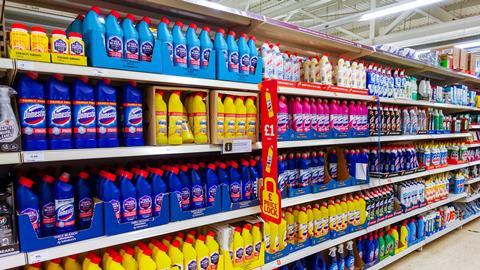 The power of oxygen

Oxidation seems to be one of the unusual intersections between the needs of the laboratory organic chemist and the chemical needs of the wider world. Hydrogen peroxide is sold in big bottles in the first aid aisle, and there are always gallons of bleach in the laundry aisle. Both of these chemicals are made not on the tonne scale, but on the millions of tonnes scale, which demonstrates both their ubiquity and their low cost. I wasn’t making much as a graduate student, but I don’t think I ever asked for a reimbursement for the two dollars I might have spent buying bleach at the store.

There’s another ubiquitous stoichiometric oxidant that doesn’t cost too much – oxygen. There are countless methods to perform oxidations with molecular oxygen. I particularly admire the Wacker process, where ethene can be oxidised to acetaldehyde in the presence of a palladium(II) catalyst. Of course, the extraordinary pressures and temperatures to help this reaction proceed make this particular transformation inaccessible to the laboratory chemist.

Something more accessible to me in graduate school was a strange machine called the ‘ozonator’. I loved running ozonolysis reactions because they seemed like a trip to a Frankenstein movie, with the buzzing angry high-voltage machine making the most awful racket when you turned it on. All I was missing was the wild hair and old-fashioned welding-type safety goggles. Even though I ran it in a fume hood, I often smelled the very distinct sharp odour of ozone. (People talk about the smell of ozone after thunderstorms, but not growing up in the South or the Midwest of the US, I’m not sure I’ve ever smelled it in nature.)

It almost seemed like the ozone was destroying matter

It was sharp, piercing and you knew the ozone molecules were angrily reacting with your nose hairs. As a final check, you could take a latex glove and put it into the stream of ozone and watch it disintegrate before your eyes. It almost seemed like the Tygon tube of ozone was destroying matter. It wasn’t – it was just breaking the many double bonds in the glove. That was exactly what I hoped would happen to my internal alkene starting material. After bubbling the ozone into the cooled -78°C reaction mixture and seeing the bluish tinge of the ozone, you could practically smell the successful diketone formation. That’s not recommended on commercial scale, of course. Because of the requirement to have cryogenic (sub -30°C temperatures, often as low as -78°C) and an industrial-scale ozone generator, plants that have this capability are relatively rare.

Another one of my favourite oxidations involved less voltage and smell, but worked just as well. It was a Tempo-bleach oxidation of a primary alcohol to an aldehyde. Tempo (short for (2,2,6,6-Tetramethylpiperidin-1-yl)oxyl) is a stable radical, and comes as beautiful ruby red crystals. It was the catalyst for the oxidation, and just a few mole percent were required – in order to oxidise a couple of hundred grams of alcohol, you’d need a gram or so. A small 10g bottle was all our laboratory seemed to need while I was there.

After mixing the alcohol and Tempo in dichloromethane and some sodium bromide in water, the reaction mixture was cooled with an ice-salt bath to below 0°C. Once this biphasic mixture was stirring, I would add bleach into the reaction until it was complete. It wasn’t the most exciting of reactions, but it was fast and reliable. I could run it in my hood while running a column or reading a journal article or two.

One of the things that distinguished this reaction is the provenance of the sodium hypochlorite we used as the stoichiometric oxidant – it was store-bought simple bleach. I seem to recall that others in the laboratory preferred the more expensive name-brand bleach, but I am pretty sure that the simple generic brand bleach bottles worked just as well.

It isn’t often that you find yourself running reactions on plant scale that you’ve done in your graduate school training, but I was pleasantly surprised when 10 years later I found myself helping to plan a Tempo oxidation at plant scale on hundreds of kilograms of starting material. The flaws of that particular reaction were more evident – the requirement to use dichloromethane required finding sufficient quantities (not an easy task!) as well as the ultimate disposal of the spent solvent. However, it was just as successful on 400kg scale as it was on 100g scale. No trips to the grocery store for tonnes of sodium hypochlorite bleach, but it was an oxidation success just the same.