Thinking outside the box

‘Plans are useless, but planning is essential,’ said an old general. It’s true of preparing for a battle, and I assert that it’s true for process chemistry as well. No matter how many experiments are done in the lab, there is always something that is missed when a project is transferred to the plant. 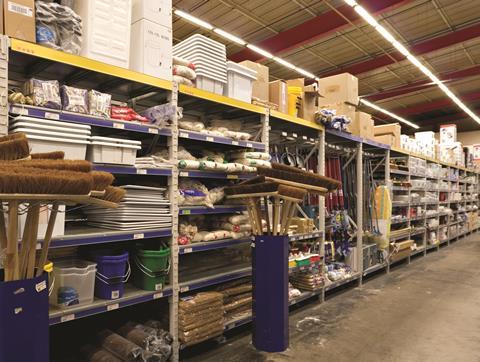 Once the laboratory-scale experiments are finished, the process is written up as a production batch record. This document explains, in excruciating detail, how processes should proceed in the plant. Reagents, equipment, hazards and personal protective equipment are all selected carefully and considered by chemists, engineers and managers. Long hours are spent writing these into the batch record, which always feels like it is carved in stone – unless it’s not.

Inevitably, changes need to be made. Doing this isn’t easy, and it’s not supposed to be. But if, for example, a reaction check indicates that not all the starting material has been consumed, and the reaction time needs to be extended, the batch record can be altered.

There is often a ‘change management system’ (complicated paperwork always gets fun names) to force consideration of the proposed change and make sure that things are done safely. To alter the issued batch record to extend the heating time of your process, you’ll have to go through change management, where you state the change you intend, the justification for it, and exactly where and when it will be made.

You’ll hand the form over to your friendly quality assurance manager, who will decide who needs to agree to the change (usually a chemical engineer, the safety officer and sometimes a manager). Gathering those signatures can be painful, especially when you have to explain: ‘Yes, there’s still starting material in the reactor – and everything is still okay, boss.’ After all the signatures are gathered, then the lucky chemist can handwrite the changes to the batch record.

Not all the surprises are on paper. The batch record might call for a drum of toluene – but when the operator drives his forklift into the warehouse, the reserved drum is missing. The explanation might be simple: orders can be forgotten, phone calls are missed, and you can never quite be sure when that delivery truck will show up even after it has been promised. Once, a timeline for a product moved up, and I was responsible for locating a 200 litre barrel of dichloromethane within a week. After exhausting our usual contacts, I had one remaining option that I was a little hesitant to use. At a social gathering on a Sunday morning, I pulled aside a sales manager I happened to know and said, ‘Say, do you folks have any dichloromethane? I really need a drum delivered this week’ – and the problem was solved.

Sometimes lateral thinking is the best answer to unexpected problems. Run out of sodium chloride for brine washes? A trip to the hardware store is probably much faster and cheaper than a call to a chemical supply house, and can supply you with many 25kg bags.

Equipment problems often can’t be anticipated on small scale, especially items that have no small version. A mortar and pestle or home food processor will grind 100g of rock-solid crystals into a fine powder suitable to send to a customer. But when you have several hundred kilograms to process, you’ll need a larger grinder. You’ll load your precious material into the reactor. Then, after the first kilo of fine powder flows out, it stops. The heat generated has melted the compound to the sides. After some choice words and cleaning out the grinder, you can drive to the local ice maker and purchase 50kg of dry ice to freeze the powder so that it won’t melt when it’s ground.

Finally, there’s always the need for extreme improvisation. An 8000 litre reactor is a big vessel, at least 3m deep. I am told that if a small item (such as a pen) were to drop into the bottom of a reactor, a long pole with a piece of duct tape on the end can retrieve such items before anyone could ever know. Once that pen has been extracted, we can, finally, get back to the original plan.