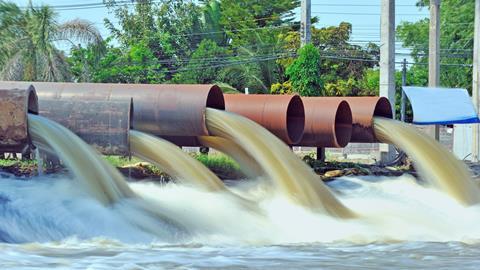 Throughout the Covid-19 pandemic, testing has played a vital role in controlling and understanding the virus. Epidemiology and LFTs and PCRs have become household names. But another somewhat underground testing method also came to prominence over the last two years – monitoring wastewater and sewage. In the US, for example, the largest-ever wastewater monitoring network was set up at the beginning of the pandemic to monitor the virus, and many other countries set up similar schemes.

The sanitation engineering that was originally designed to take our waste away to improve our health has now become a tool for tracking our health. Just as wearable gadgets provide real-time monitoring of individuals, our sewers are a treasure trove of whole-population diagnostics that can inform public health measures, or track behaviour. Our feature on the topic looks at what wastewater can tell us about ourselves and the ways that information can be used.

It’s an idea that has enormous potential. Almost anything that goes on inside our bodies leaves some trace of itself: food, pathogens, illicit and prescription drugs, even our emotional state can all be tied to biomarkers. And those markers can be detected in our bodies’ waste; every sip of water we drink effectively becomes a new extraction aliquot, with millions of samples deposited in toilets and bathrooms up and down the country every second of the day.

As our feature discusses, the monitoring programmes can provide early warnings of outbreaks, enabling healthcare interventions such as targeted vaccination efforts. But they also provide a more holistic picture of the factors underlying a population’s wellbeing, and can reveal the uneven, unfair differences between groups. A 2019 study by the Global Sewage Surveillance Project looked at genes associated with antimicrobial resistance in bacteria found in sewage from 60 countries. It was able to characterise the differing microbial genomes in different parts of the world and found that the abundance of resistance genes in different bacterial populations was largely influenced by local selection. But a global theme that emerged was a correlation with health and socio-economic factors: the bugs in poorer countries have more resistance genes.

This has the potential to empower communities by both engaging them in the process of gathering data, and by sharing data with them. For example, public health measures to contain Covid-19 are reportedly more effective when a population is given direct evidence of infection from wastewater analysis. And it’s not just what’s in our waters. Increasingly scientists understand our exposure to substances in food, water and the air – our exposome – all contribute to how people’s health is affected by their environment.

Yet the ability to distinguish groups and reveal the detail of their lives also raises ethical questions. As with all technologies, wastewater testing can be a great benefit, but it can also be harmful if it is not used responsibly. If we forget the individuals behind the data then it can easily result in profiling and stigma, especially if the data is incorporated into algorithmic approaches to decision making. The knowledge of how to heal is also knowledge of how to harm – and as our recent story about a drug-discovery AI tool shows, the difference between those two outcomes can be as small as a single character in a line of code.

We must also remember that many countries still lack the basic sanitation infrastructure needed for such monitoring programmes, and suffer the associated burden of disease. International development and collaboration between governments is needed to address that problem first or the possibilities offered by wastewater epidemiology will not be realised. And that really would be a waste.