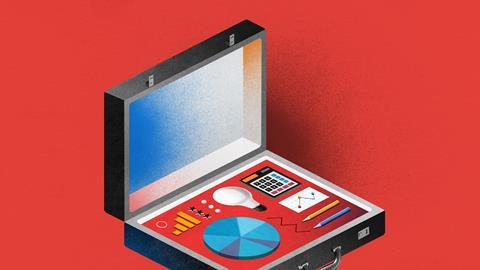 There is growing recognition that the discrimination and exclusion suffered by sexual and gender minorities in science must be addressed. Members of the LGBT+ community say that they often hide their identity in the workplace, and feel ‘invisible’. And you can’t solve a problem you can’t see, so the first step in tackling this issue is gathering data.

In the US, the National Science Foundation (NSF) administers the official ‘Stem census’. The agency gathers demographic data on gender, ethnicity and race, and disability; however, it doesn’t currently capture details of respondents’ sexuality and gender identity in these surveys.

But in recent years a campaign led by Stem equity advocates such as social neuroscientist Jon Freeman from New York University has been urging the NSF to add voluntary questions about LGBT+ status to these surveys. The movement has gained momentum in the US, and nearly 20 major scientific organisations including the American Association for the Advancement of Science (AAAS) have now given it their support.

That pressure now seems to have resulted in some action. During AAAS’s virtual annual meeting in February, Freeman announced that the NSF agreed to pilot a voluntary gender identity question.

These surveys are needed to officially document, understand and remedy disparities faced by particular groups in Stem. And although the data currently available is limited, it does indicate that there are problems to be addressed. For example, sexual minority men are 13% less likely to stay in a Stem major as undergraduates, Freeman said. Scant studies on the experiences of sexual and gender minorities in Stem also reveal that they have more negative workplace encounters than heterosexual people, or even LGBT+ people outside of Stem, Freeman continued. Among all sexual minority Stem faculty who are open about their sexuality at work, 69% report feeling uncomfortable in their department.

Cultural barriers likely contribute to these disparities, and chemistry isn’t immune. The Royal Society of Chemistry examined the issue in 2019 and found that 19% of LGBT+ chemists reported ‘exclusionary, intimidating, offensive or harassing behaviour’, compared with 13% in physics and 10% in astronomy. Overall, 18% of the LGBT+ physical scientist respondents reported experiencing exclusionary behaviour, compared with 10% of the non-LGBT+ respondents.

Studies have shown that more diverse teams produce more innovative research, and lead to more resilient research groups and universities. Yet addressing these inequities doesn’t just improve the scientific enterprise, it’s the right thing to do.