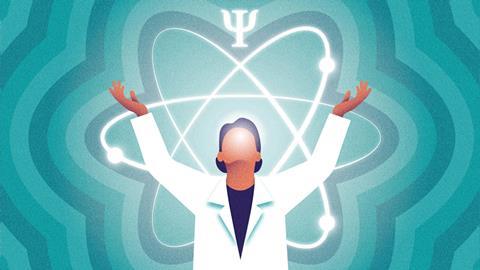 Why do we still do chemistry?

When quantum mechanics emerged in the early 20th century, many believed it meant that nothing more than physics was now needed to understand chemical phenomena. As Paul Dirac put it: ‘The underlying physical laws necessary for the mathematical theory of … the whole of chemistry are thus completely known.’1

In philosophy, this idea was expressed with the notion of reduction, in which the more fundamental science deduces the statements of the special sciences (including chemistry)2. Reduction was taken to imply that one day we will not need chemistry in order to explain chemical phenomena: chemistry would be eliminated as a means of understanding the world.

Quantum mechanics has certainly affected chemistry in tangible ways. Perhaps most notably in the way its postulations about the wave-like manner of entities, the quantisation of energy levels and the concept of spin have been incorporated into chemistry’s image of the atom.3 In addition, a new field has emerged – quantum chemistry – that employs quantum models to predict and explain chemical phenomena.4

Nevertheless, quantum chemistry has not yet substituted or eliminated other branches of chemistry. If anything, chemistry as a whole continues to prove its unique worth, producing a valuable body of knowledge with important implications for biology, drug design, even neuropsychology. So why has that prediction not come to pass – why do we still do chemistry?

The persistent purposes of chemistry

Some philosophers maintain that quantum mechanics can in principle derive everything chemical, it’s just practically very difficult to do. For them, the reason we still do chemistry is that we don’t have the computational means to solve the Schrödinger equation for large molecules and under complex environmental conditions. (The idea that such computation might one day be possible raises some interesting metaphysical questions – but that’s for another article.)

Other philosophers believe that chemistry’s persistence is not just a matter of practical difficulty: it indicates a fundamental difference between the two sciences. The concepts, methods and representations of each science differ so radically that it is almost futile to look for connections between them. Each science has unique research goals that go beyond discovering how the world is.

For example, a central purpose of chemistry is the synthesis of new compounds. This effort is not primarily concerned with exploring the underlying physical laws that govern the interaction of compounds, but rather with building a particular substance. The atomic and molecular models that are used for this purpose are developed and evaluated according their utility in achieving that goal. On the other hand, quantum models are developed differently as they are not primarily used for making new compounds, but rather to illuminate the structure of the underlying entities. The models and concepts of each science are partially determined by its unique purposes. In philosophy, this is often taken to imply that whatever truth is uncovered about the world by each science, is in a sense irrelevant to the truth of the other sciences.5 Moreover, it shows that chemistry will always be part of scientific practice given that science is concerned with issues that go beyond discovering the structure of matter.

Another putative reason why we still do chemistry is that the world is structured in such a way that physics is just not enough to describe it. Chemical entities and properties are not simply made of physical stuff: they are over and above the physical. What that really means is a very difficult question and philosophers fervently disagree on how to answer this in a way that does justice to both chemistry and quantum physics. One popular view is that chemical properties strongly emerge from the underlying physical goings-on.6 For example, molecular structure strongly emerges in the sense that it is not completely determined by how the physical entities of the molecule interact. Instead, it is the other way around! The structure partially determines how the physical entities behave as parts of the whole molecule. This implies that molecular structure exists at a level that is not describable by physics alone – at the chemical level.

I believe the truth lies somewhere in the middle. On the one hand, physics is extremely valuable for the advancement of chemistry: this is best explained by the fact that physical and chemical stuff are closely related to each other. On the other hand, chemistry plays a role that physics is – at least for now – incapable of taking over. All we can say is that both physics and chemistry contribute to a unified image of the world, and neither is capable of such a rich understanding on its own.

Exploring these differences involves addressing semantic, conceptual, epistemic and metaphysical issues, as well as details of the sciences themselves. So while there is no single answer for why we still do chemistry, there is a vital philosophical purpose in asking the question.

3 B Pullman, The Atom in the History of Human Thought, 2001, Oxford University Press

4 K Gavroglu, and A Simões, Neither Physics nor Chemistry: A History of Quantum Chemistry, 2011, MIT Press

5 J Schummer, in Philosophy of Chemistry: Growth of a New Discipline, 2014, Springer