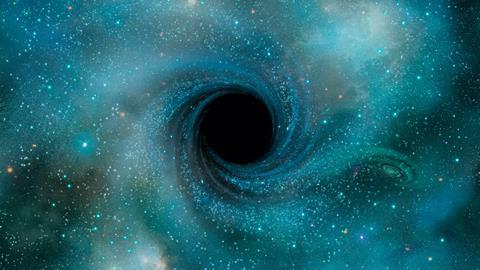 Why is matter stable?

Our current explanations are a little insubstantial

It’s always the simple questions that get you, isn’t it? When my daughter was asked in her chemistry homework why, if atoms are mostly ‘empty’, solids are not inter-penetrable, I could see this was a good way to explore how well she’d grasped concepts like force. Since she hasn’t yet encountered Pauli’s exclusion principle, she wasn’t expected to have the conceptual tools for a more complete answer. But as I began to outline to her that additional factor, I started to feel uneasy.

How much of the stability and solidity of matter is truly electrostatic, and how much comes from quantum-mechanical exclusion? I wasn’t sure that my glib answers were quite getting to the nub. There isn’t any obvious path, for example, between electrons not being able to occupy the same quantum state and not being able to occupy the same general region of space. (And that’s even before she asked, in effect, why fermions and bosons follow different statistics.) A little digging took me to Princeton physicist Elliott Lieb’s classic 1976 review article, The Stability of Matter.1 If you thought, like me, that you had it all figured out why matter doesn’t collapse or exhibit ghostly insubstantiality, I’d recommend taking a look.

‘Some features of the physical world are so commonplace that they hardly seem to deserve comment’, Lieb begins. ‘One of these is that ordinary matter, either in the form of atoms or in bulk, is held together with Coulomb forces and yet is stable’. We think it’s all about quantum mechanics, he says, ‘but it is far from obvious how the conclusion follows from the premise … the answer is not to be found in any textbook.’ Naively, the Coulombic forces should create a singularity not unlike the gravitational collapse to a black hole.

The Austrian physicist Paul Ehrenfest put it like this: why are atoms so big? His answer was: ‘only the Pauli principle’. In 1967–8 Freeman Dyson and Andrew Lenard showed that otherwise all atoms and bulk matter ‘would collapse into a condensed high-density phase’, with an enormous release of energy.2,3 Still, says Lieb, it is not easy to show in a ‘clear, succinct’ way why Pauli exclusion is able to resist Coulombic collapse.

His paper is devoted to that task – and it is a fearsome one. In short, he shows that the stability of bulk matter arises from a kind of uncertainty principle applying to a system of many fermions that creates a minimal kinetic energy for a given electron density. At one level, the complexity of the answer should come as no surprise – for who ever thought that the quantum many-body problem was a trivial one?

But that’s still not the whole picture. Lieb showed that further eye-popping theory is needed to handle the ‘thermodynamic limit’, in which well defined thermodynamic variables such as pressure emerge as the system size grows towards the infinite. And that’s still not enough to establish the existence of unique thermodynamic states, characterised by well-defined correlation functions.

Perhaps because he was not quite convinced that he’d fully cracked it, in 2007 Lieb published a second paper on the topic.4 Here he gives a full relativistic treatment of how both fermions and bosons interact with quantised electromagnetic fields to establish the existence and limits of Coulomb singularities in atoms. But he ends with an ominous warning: ‘Many problems remain.’

You expect the brain to be complicated – but a lone atom, not so much

This all feels rather troubling – or should do. Of course, there is never any guarantee that apparently simple questions have simple answers. Yet it somehow doesn’t seem right that we lack a full explanation for why the stuff all around us, and indeed within us, has such stability. If it should turn out that the answer lies with an extremely subtle concatenation of factors that we struggle to reduce to qualitative terms, it’s hard to avoid the suspicion that we’re missing something – or perhaps, that our theories aren’t couched in the terms that best point to a lucid understanding of experience. You expect the brain to be complicated, sure – but a grain of sand, or a lone atom, not so much.

I’m reminded of the complexities one has to navigate in developing a quantum description of measurement: to explain, in other words, how we can know anything at all by observation. Contrary to many popular accounts that make measurement an impenetrable mystery, getting information out of a quantum system and into the environment can, at least in the simplest cases, be expressed using quantum mechanics. But that involves invoking entanglement and decoherence, and concepts like einselection and quantum Darwinism5 – baroque machinery indeed.

I guess that might be my daughter’s next question. Bring it on.