This past July, I watched proudly as seven bright undergraduate students gave their graduation thesis presentations to the department of chemistry at the University of Tokyo. I have seen many such presentations in my career, but this group stood out for two reasons: all of them were foreign students, and every part of their course, from their first lectures to their final presentations, had been delivered entirely in English. 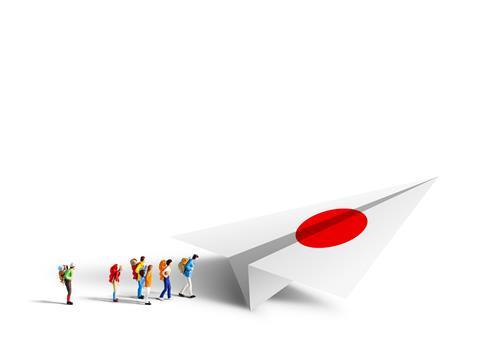 The students are part of our Global Science Course, which transfers students from universities abroad to learn alongside our domestic students in an all-English academic environment. This is a first for our university, but similar stories can be found in other universities across Japan, as institutions strive to address a growing problem that faces Japanese science.

Japan has a strong reputation internationally for high quality science, which is reflected in the number of Nobel laureates from our country. However, the degree of involvement from Japanese researchers in the international community has remained relatively unchanged for the past few decades. Despite Japan ranking fifth in the world in terms of high-quality research output, Japanese scientists’ contribution to high-impact science journals fell by 12% from 2012–2015, according to the 2015 Nature Index. Meanwhile, the strength of research and development in countries such as the US, China, Germany and the UK continues to grow, and so it has become imperative that Japan, as a leading economy, contributes more to the international science community in order to maintain its reputation and relevance.

This stagnation stems from a variety of factors, but one of the most pertinent is Japan’s changing demographics. According to the National Institute of Population and Social Security Research, at Japan’s current birth rate, the population of youth (up to age 19) is expected to fall from approximately 25.9 million in 2000 to 12.9 million by 2050[1]. The low fertility rate is slowly eroding Japan’s pool of students and future researchers. This population decline impoverishes its long-term research and innovation capacity, and means that Japan will struggle to compete with large-population countries.

With the pool of prospective students diminishing every year and the growing emphasis to increase the international visibility of their scientists, Japanese universities are looking outwards to boost their cohorts with international students and to create a global environment on their campuses.

However, students and scientists from overseas are more likely to be attracted to studying at universities or working in laboratories in countries where English is widely spoken. They may also worry about encountering difficulties integrating into Japanese society due to cultural and linguistic differences.

The lack of emphasis on English, the universal language of science, is also problematic for our domestic talent. It is imperative that Japanese scientists and students become accustomed to a global environment and have a stronger command of English in order to contribute as members of the international science community.

Japan’s Ministry of Education, Culture, Sports, Science and Technology has therefore launched various initiatives that aim to enhance scientific opportunities and global collaboration. Part of this work has been reforming Japanese higher education institutions to create more English-medium programmes and increase the enrolment of international students. For example, OIST (The Okinawa Institute of Science and Technology Graduate University), which was established to promote the internationalisation of research and education, has over half of its students and faculty recruited from outside of Japan and conducts all of its classes in English.

Despite these efforts, undergraduate science courses taught in English are still relatively rare in Japan and proposals to teach science in English have been met with opposition. Those opposed believe that using English is unnecessary and time-consuming, and see it as a point of patriotic pride for science to be taught in Japanese. Furthermore, some express concern that students will not be able to understand the intricacies of what they are learning.

Our programme is still in its infancy, but over the past two years, I have seen students become more open-minded by cooperating with people from different cultural backgrounds. They have also learned to adopt new ways of thinking, which may inspire them to seek alternative approaches to problem-solving.

Increasing the number of English-medium programmes and encouraging more foreign students to study science in Japan will play a key role in contributing to the internationalisation and globalisation of our universities in Japan. In the future, I expect that these global environments in education will bring closer cooperation with research communities worldwide and promote further scientific research and productivity.