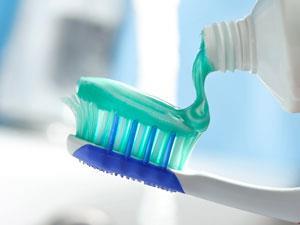 This week, the chemistry behind those sparkling white teeth, and more. Brian Clegg…

There are few compounds with such a range of associations as fluorides. To some, these compounds of the halogen fluorine bring to mind healthy teeth, but for others, terms like fluoride and fluoridation suggest a terrible danger to health.

Some of the fluorides do indeed deserve caution. Uranium hexafluoride’s role in enriching nuclear fuels is described in a separate podcast, while hydrogen fluoride – better known in solution as hydrofluoric acid – is a compound that any chemist would treat with respect. The acid is technically weak because it doesn’t completely ionize in solution, but in terms of sheer voracity it is rare to find an equal. Not only does hydrofluoric acid eat through the usual metals and oxides, it is one of the few materials that finds glass equally easy to dissolve, so has to be stored in plastic containers. 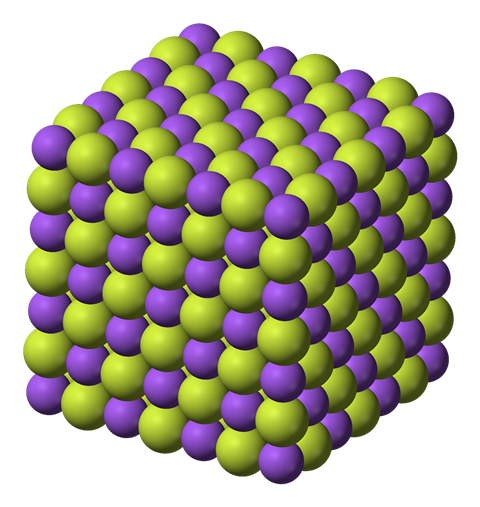 However, the most concern is generally expressed about sodium fluoride, and the related silicon-containing compounds, sodium fluorosilicate and fluorosilicic acid. Most of us are exposed to these compounds because of the way they work on tooth enamel in low concentrations. Tooth decay is caused when acids, often produced by bacteria working on sugar in the diet, dissolve a calcium and phosphorous based mineral called hydroxyapatite, which is the main constituent of tooth enamel. Drinking water with a low fluoride content acts as a catalyst to encourage the remineralisation of calcium and phosphorous ions to produce calcium fluoroapatite, a similar, but stronger, mineral which helps reverse the process of tooth decay.

For this reason, as tooth decay has shot up because of modern sugar consumption, it has been common for low levels of fluoride to be added to the water supply. This was originally mostly sodium fluoride, but the silicon-based compounds are often used instead now as they are cheaper. The fluoride is added to the water supply at levels between 0.7 and 1.2 milligrams per litre – the exact quantity is varied to match the climate, as people tend to drink more water when it is hot.

Fluoridation varies considerably across the world – the majority of water supplies in America and Australia, for instance, are fluoridated, but in the UK and the rest of Europe it is relatively uncommon. In the US there is a vocal anti-fluoridation movement, which dates back to the 1950s when some considered the additive a communist plot. Enter ‘fluorides’ into a search engine and the first page will inevitably bring up sites that warn of the dangers of these compounds. Modern campaigns suggest that they are responsible for many diseases and can damage the brain.

We might not be inclined to raise a glass of hydrogen fluoride, but we should still toast the health benefits of these unfairly maligned compounds

There is no doubt that fluorides in high doses are dangerous to humans (like many other compounds we regularly consume). There is a risk with high exposures that the flourides will build up in bones in a process known as a skeletal fluorosis that damages joints and bone structure. But all the considerable literature where fluoridation has been scientifically studied makes it clear that in the low doses provided in the water supply, fluoride is harmless. The most common negative outcome, particularly in children, is dental fluorosis, where teeth become mottled from excessive fluoride exposure, but this is rare and most often occurs when the water supply has unregulated natural levels of the compound. 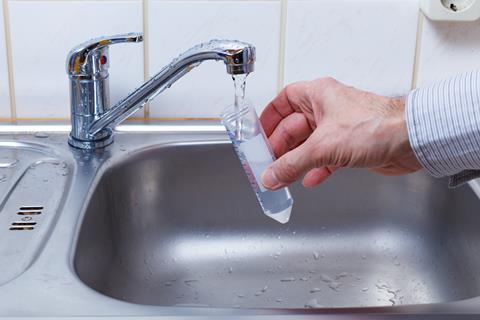 Outside of the countries that are heavy users of water fluoridation, the main way to come across fluorides is in toothpastes, the majority of which now contain fluoride salts – usually sodium fluoride, though some make use of tin fluoride. This tends to be at levels between 1,000 and 1,500 parts per million, which is harmless but effective at reducing tooth decay.

In industry, other inorganic fluorides dominate. Aluminium fluoride, for instance, is used in aluminium production, where it helps lower the melting temperature of aluminium oxide to practical levels when it is being smelted to produce aluminium by electrolysis. Ammonium fluoride is used in etching glass, printing, and for preservation and specialist antisepsis. Cobalt fluoride is another useful compound used in the production of alloys and plays its part in high quality optics. And the nickel compound comes in handy for providing more robust containers than plastic for hydrofluoric acid or for transporting fluorine gas, as a layer of nickel fluoride forms on the inside of a nickel container, which protects the rest of the nickel against attack.

From the chemist’s viewpoint, an unexpected fluoride was found in fluorine’s reaction with the noble gasses, which were once considered inert. Both xenon and krypton form fluorides. Xenon difluoride, for instance, makes an effective compound for etching silicon and a strong fluorinating agent.

Common salt is such a pervasive substance that it is easy to forget its origins as a compound of two highly reactive elements. Because fluorides are significantly less common in everyday life, the presence of fluorine in the compound seems to make us naturally wary of fluorides. Yet properly used, fluorides have had an impressive effect on reducing tooth decay. We might not be inclined to raise a glass of hydrogen fluoride, but we should still toast the health benefits of these unfairly maligned compounds.

Science writer Brian Clegg there, with the multitude of ways fluorides are dominating our daily lives. Next week, a compound to fuel your mind.

Octane is one of the few chemical names that is part of everyday life and is recognised by the public. When you stop at a garage to fill up your car, you usually see the octane rating of the fuel displayed on the pump, 95 or 97, but what does it mean?

Find out in next week’s Chemistry in its Element. Until then, thank you for listening, I’m Meera Senthilingam.