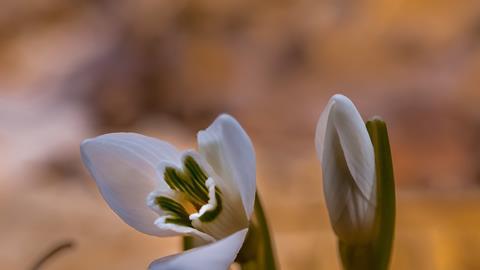 Simon Cotton travels back in time to the discovery of Galantamine

This week, what do Homer Simpson and the world of drug discovery have in common? Stumped? Well, Simon Cotton explains.

Just think of Homer Simpson slapping his forehead with his palm and uttering the word "Doh!" and I'll tell you a story of drug discovery.

In fact, it is a story of two Homers. More than two and a half thousand years before Homer Simpson, another famous Homer was a Greek poet, who wrote The Odyssey. This epic poem tells the story of the ten years that it took Odysseus to get back from Troy to his home, after the Trojan War. 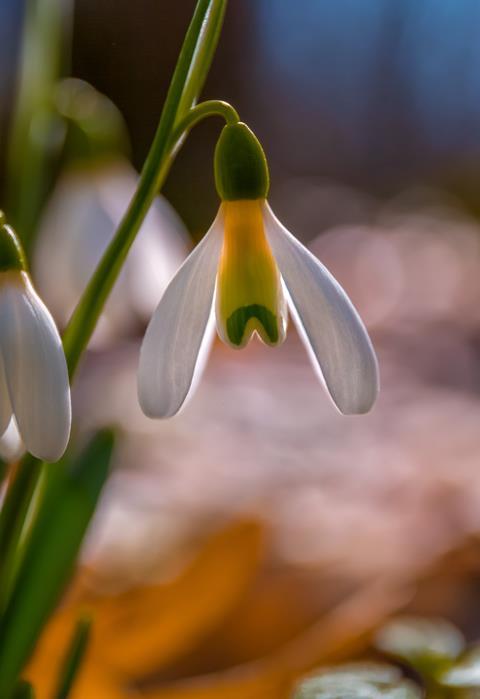 In one of its books, they arrive at an island where its resident witch Circe drugged half his men and turned them into swine. Odysseus had been warned in advance by the god Hermes, who gave him a herb that stopped Circe's spell from working. This herb came from a plant with a black root and a white flower.

Fast forward to the 1950s and we meet a plant with a white flower again. A Bulgarian pharmacologist was travelling in a rural part of his country when he noticed people rubbing snowdrops on their foreheads. When he asked why, he was told that it was an ancient cure for headaches.

Be that as it may, it was about that time that Russian scientists isolated a molecule called galantamine from Caucasian snowdrops and found it to have some useful properties - although not for headaches or witches' spells! It was soon being used to treat poliomyelitis, and also by anaesthesiologists as a curare reversal agent. It acts as an antidote to curare - a South American poison applied to the tips of arrows and darts - and reverses its neuromuscular blocking properties.

Now let's rewind back to 1907, when Alzheimer's disease was first described by the German psychiatrist, Alois Alzheimer. It is the most common cause of dementia in the elderly, and it is becoming more common as life expectancy increases. Now Alzheimer's disease is associated with a reduction of acetylcholine levels in the brain. Acetylcholine is a key neurotransmitter; it transmits nerve messages when it is released by neurons to travel across a synaptic cleft, then binds to receptors. 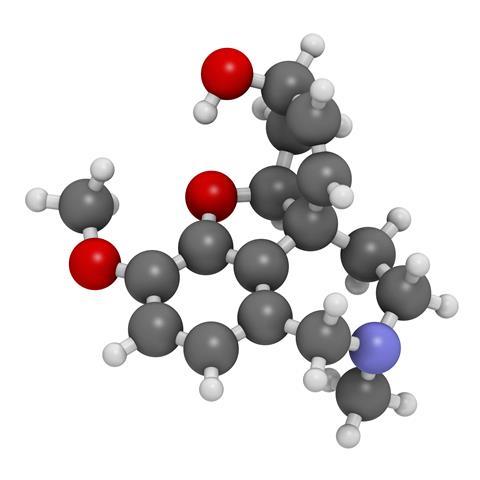 It was discovered that galantamine was a selective, competitive and reversible inhibitor of acetylcholinesterase. This is the enzyme which breaks down acetylcholine in the brain. Galantamine can cross the blood-brain barrier, so it can help stave off this decline and so maintain brain function and thinking levels. In the past decade, it has been approved for use in a number of countries, including the United Kingdom and the United States.

To understand how galantamine works, scientists have determined the structure of a complex of galantamine with acetylcholinesterase. They found that it occupies the pockets of the enzyme that bind both the acyl part and the choline part of acetylcholine prior to breaking up the enzyme. Several of the interactions involve hydrogen bonds, but there are also sigma-pi and pi-pi bonds; all of these are individually weak interactions, but taken together they make the galantamine bind quite well to the acetylcholinesterase.

Galantamine is one of many alkaloids found in plants, not just snowdrops but also wild daffodils and summer snowflakes. The plants make it by a complicated process, starting from the amino acids phenylalanine and tyrosine, which condense together before undergoing several more reactions. At present, galantamine is obtained from plants, but not enough plant-derived galantamine is available to meet an increasing demand. Chemical synthesis is increasingly being looked at as an option. 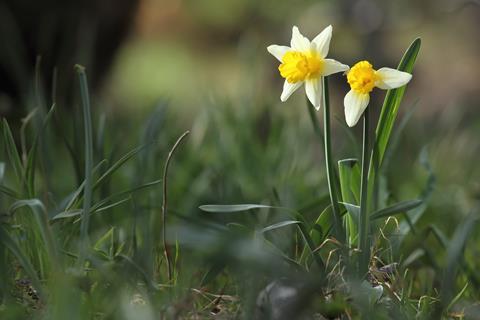 In recent years, galantamine has experienced a certain vogue as a non-clinical medicine. It has been claimed to help people drop off to sleep and also to enjoy a better sleep. Some people say that it leads to out-of-body experiences or lucid dreams. More notably, galantamine is reported to improve sustained attention in chronic cocaine users, and is antagonistic to amphetamine-induced psychotic behaviour, so it may find a wider range of usefulness.

Homer composed his great epics, like the Odyssey, without being able to write them down; he had to commit them to memory so he could recite them on demand. Perhaps memory was more important 3000 years ago, but it still matters today. As we grow older, memories of our past life become precious, so loss of memory is a cruel blow. J. M. Barrie, the great playwright who created Peter Pan, once said that God gave us memories "so that we might have roses in December", and galantamine may help us keep those roses in the gardens of our minds.

So providing a rosy future for us all there, with the chemistry of galantamine, was Birmingham University's Simon Cotton. Next week, love it or hate it, there's some benefit to eating this crowd-splitting source of food.

For Marmite lovers it's nice to know that it played a pivotal part in discovering the role folate and folic acid plays in our bodies.

Lucy Wills, a British scientist, went to Bombay in India, in 1928 to investigate the high prevalence of anaemia during pregnancy in the girls who worked in textile factories there. They did not respond to treatment with vitamin B12 - available in those days as 'pure liver extract' - which was used to treat normal anaemia.

After testing several possible nutrients on mice fed the same diet as the factory girls, Wills discovered that eating yeast extract cured them of their affliction. So folic acid was known as the Wills factor for many years, and it was identified as Marmite's 'magic ingredient' in the late 1930s.

And all the haters of this popular spread can find out some other sources of folic acid, as well as its numerous benefits during pregnancy and to our general health, by joining Neil Withers in next week's Chemistry in its element. Until then, thank you for listening, I'm Meera Senthilingam.