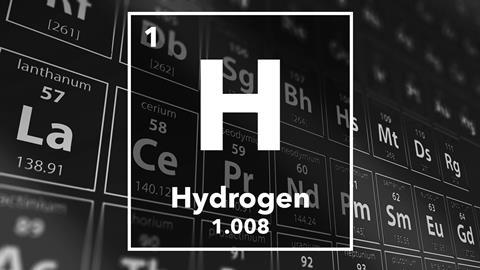 Brian Clegg meets the King of the Elements

This week we hear what its like to be at the top, and number one, as we meet the King of the Elements. Here's Brian Clegg.

Hydrogen has been around since atoms first formed in the residue of the big bang, and is the most abundant element by far. Despite billions of years of countless stars fusing hydrogen into helium it still makes up 75 per cent of the detectable content of the universe.

This light, colourless, highly flammable gas carries on its uniqueness by having the only named isotopes (and some of the best known at that) – deuterium with an added neutron in the nucleus and tritium with two neutrons. 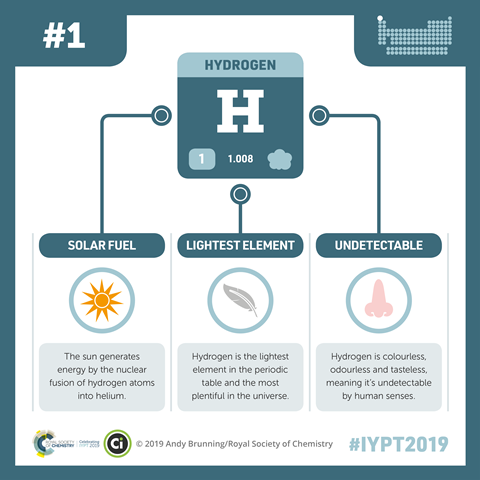 Hydrogen is an essential for life, the universe and just about everything. Life, in fact, is multiply dependent on it. Without hydrogen we wouldn't have the Sun to give us heat and light. There would be no useful organic compounds to form the building blocks of life. And that most essential substance for life's existence, water, would not exist.

It's only thanks to a special trick of hydrogen's that we can use water at all. Hydrogen forms weak bonds between molecules, latching onto adjacent oxygen, nitrogen or fluorine atoms. It's these hydrogen bonds that give water many of its properties. If they didn't exist, the boiling point of water would be below -70 degrees Celsius. Liquid water would not feature on the Earth. 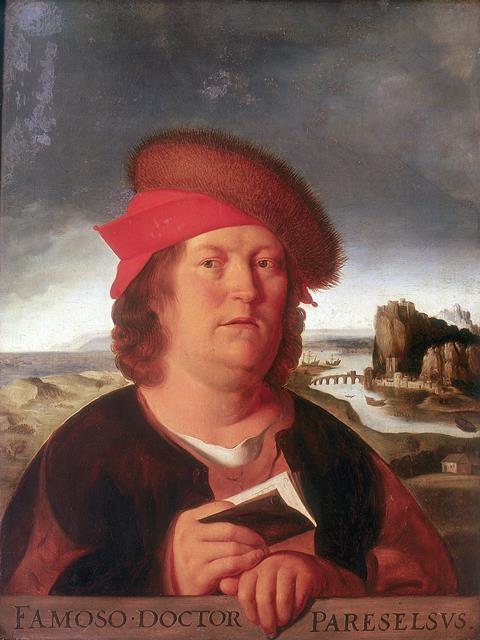 Hydrogen was the unwitting discovery of Paracelsus, the sixteenth century Swiss alchemist also known as Theophrastus Philippus Aureolus Bombastus von Hohenheim. He found that something flammable bubbled off metals that were dropped into strong acids, unaware of the chemical reaction that was forming metal salts and releasing hydrogen, something a number of others including Robert Boyle would independently discover over the years.

However, the first person to realize hydrogen was a unique substance, one he called 'inflammable air,' was Henry Cavendish, the noble ancestor of William Cavendish who later gave his name to what would become the world's most famous physics laboratory in Cambridge. Between the 1760s and 1780s, Henry not only isolated hydrogen, but found that when it burned it combined with oxygen (or 'dephlogisticated air' as it was called) to produce water. These clumsy terms were swept aside by French chemist Antoine Lavoisier who changed chemical naming for good, calling inflammable air 'hydrogen', the gene, or creator, of hydro, water.

Because hydrogen is so light, the pure element isn't commonly found on the Earth. It would just float away. The prime components of air, nitrogen and oxygen, are fourteen and sixteen times heavier, giving hydrogen dramatic buoyancy. This lightness of hydrogen made it a natural for one of its first practical uses – filling balloons. No balloon soars as well as a hydrogen balloon. 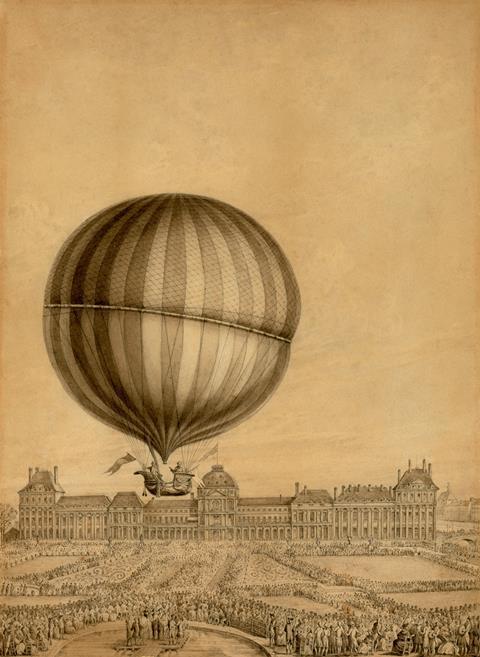 The first such aerial vessel was the creation of French scientist Jacques Charles in 1783, who was inspired by the Montgolfier brothers' hot air success a couple of months before to use hydrogen in a balloon of silk impregnated with rubber. Hydrogen seemed to have a guaranteed future in flying machines, reinforced by the invention of airships built on a rigid frame, called dirigibles in the UK but better known by their German nickname of Zeppelins, after their enthusiastic promoter Graf Ferdinand von Zeppelin.

These airships were soon the liners of the sky, carrying passengers safely and smoothly across the Atlantic. But despite the ultimate lightness of hydrogen it has another property that killed off airships – hydrogen is highly flammable. The destruction of the vast zeppelin the Hindenburg, probably by fire caused by static electricity, was seen on film by shocked audiences around the world. The hydrogen airship was doomed.

Yet hydrogen has remained a player in the field of transport because of the raw efficiency of its combustion. Many of NASA's rockets, including the second and third stages of the Apollo Program's Saturn V and the Space Shuttle main engines, are powered by burning liquid hydrogen with pure oxygen.

Mechanical measurement of a hydrogen bond

More recently still, hydrogen has been proposed as a replacement for fossil fuels in cars. Here it has the big advantage over petrol of burning to provide only water. No greenhouse gasses are emitted. The most likely way to employ hydrogen is not to burn it explosively, but to use it in a fuel cell, where an electrochemical reaction is used to produce electricity to power the vehicle.

Not everyone is convinced that hydrogen fuelled cars are the future, though. We would need a network of hydrogen fuel stations, and it remains a dangerous, explosive substance. At the same time, it is less efficient than petrol, because a litre of petrol has about three times more useful energy in it than a litre of liquid hydrogen (if you use compressed hydrogen gas that can go up to ten times more). The other problem is obtaining the hydrogen. It either comes from hydrocarbons, potentially leaving a residue of greenhouse gasses, or from electrolysing water, using electricity that may not be cleanly generated.

But even if we don't get hydrogen fuelled cars, hydrogen still has a future in a more dramatic energy source – nuclear fusion, the power source of the Sun. Fusion power stations are tens of years away from being practical, but hold out the hope of clean, plentiful energy.

However we use hydrogen, though, we can't take away its prime position. It is numero uno, the ultimate, the king of the elements.

So it's the most abundant element, is essential for life on earth, fuels space rockets and could resolve our fossil fuel dependents. You can see why Brian Clegg classes hydrogen as number one.   Now next week we meet the time keeper of the periodic table.

One current use is in atomic clocks, though rubidium is considered less accurate than caesium. The rubidium version of the atomic clock employs the transition between two hyperfine energy states of the rubidium-87 isotope. These clocks use microwave radiation which is tuned until it matches the hyperfine transition, at which point the interval between wave crests of the radiation can be used to calibrate time itself.

And to find out more of the roles of rubidium join Tom Bond on next week's Chemistry in its Element. Until then I'm Meera Senthilingam, thanks for listening and goodbye.