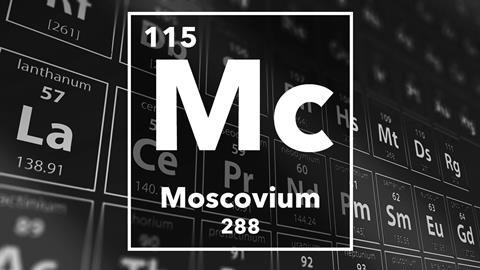 The US-Russian collaborative superheavy element 'factory' strikes again, but only 100 atoms of element 115 have ever been observed

As we continue along the periodic table, to the newest and heaviest elements ever observed, we get to elements that are extremely hard to make, and only survive for milliseconds. Moscovium is one of these, and is so tricky to produce that we’ve only ever recorded about 100 atoms in existence. To explain more, here’s Kit Chapman.

The Joint Institute for Nuclear Research is based in Dubna, Russia. It's about 70 miles north of Moscow, where the capital's canal joins the Volga river. At the time of recording, it's also the leading facility in the world for making the heaviest elements known to man. Founded in the 1950s as a Russian answer to CERN, for most of the cold war what became known as the Flerov Laboratory of Nuclear Reactions had been engaged in a tooth-and-nail race to discover new elements against Glenn Seaborg and Al Ghiorso at the Lawrence Berkeley National Laboratory in the US. It was a race that dominated the 20th century. But the 21st century would see Berkeley move on to other interests. 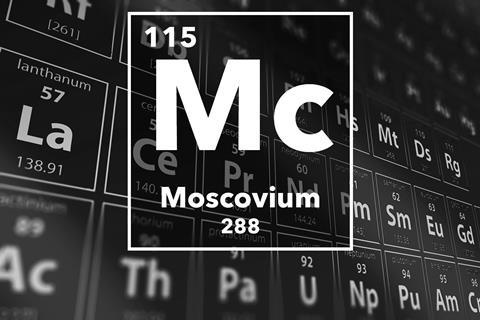 Now, Dubna was the centre for element discovery, ably supported by collaborators from Lawrence Livermore National Laboratory. In 2012, the collaboration had already discovered elements 114 and 116. And now it was going to complete the eighth row of the periodic table.

The technique Dubna and Livermore had used – and that they would use again – is called hot fusion. The concept is pretty simple. Making an element involves shooting a beam of ions at a target. If the ions collide with the target nucleus, and can overcome its electrostatic repulsion, the two undergo fusion, joining together. Unfortunately, the energy required to push past the nucleus' repulsion means the nucleus is likely to break apart – called fission. Hot fusion cheats this by using a beam rich in neutrons. When the ions and target fuse together, these neutrons can be discarded like ballast, causing the nucleus to lose energy and stabilise. 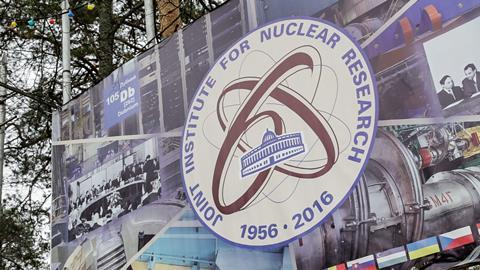 The secret weapon in the latest batch of elements to be discovered is not the target, but the beam: calcium-48. This is an usually neutron-rich isotope, with a full eight extra neutrons. It is extremely rare, comprising only 0.19% of all calcium in the world. A single gram costs about £160,000. During operation, an accelerator uses 0.5mg an hour. It was a calcium-48 beam that allowed for the discovery of elements 114 and 116; by changing the target, scientists were able to make up to element 118. Dubna already has an element named after it, so the discoverers decided to call 115 after the state of Russia Dubna is located in, the Moscow oblast. Moscovium was on the periodic table. 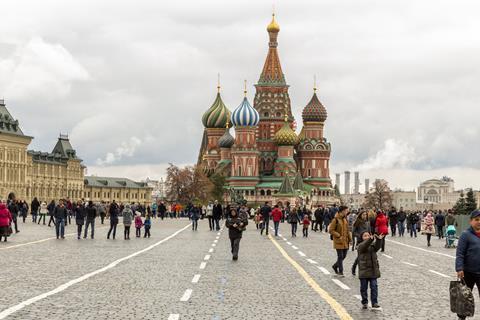 The Dubna–Livermore team have, to date, been able to make moscovium in two ways. The first is by a direct collision: bombarding americium with calcium to produce something with a half-life of about 100 miliseconds. The other way is by radioactive decay chains. When superheavy elements decay, they give off alpha particles – helium ions – losing two protons and two neutrons. When the collaboration created element 117, now called tennessine, this loss of an alpha particle transmuted the nucleus into moscovium. This produced two heavier isotopes, Mc289 and Mc290, with even longer half-lives. Even so, the isotopes were still gone in less than a second.

To date, only about 100 atoms of moscovium have been observed, making it one of the rarest elements ever seen. But like its cold war counterpart California, Moscow state's contribution to the chemical elements will never be forgotten.

The next stop on our journey is element 116, now named after the Californian town of Livermore – the importance of which is not lost on John Marchand, the Mayor.

'Being a chemist, having an element named after my city, then having the opportunity to go to Moscow to the naming ceremony to the Central Science Club in Moscow... it was literally the high point of my career.'