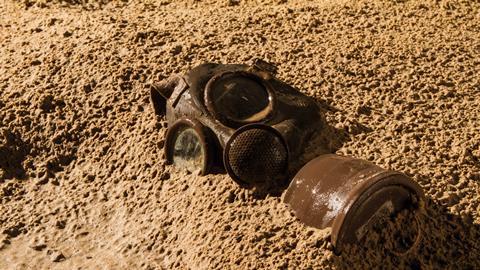 Deployed in the first world war and named for their distinctive ordour, Brian Clegg talks us through the most terrible agents of chemical warfare

This week, prepare for chemical warfare - with Brian Clegg:

My grandfather served in the first world war, lying about his age in his eagerness to sign up and fight for his country. In later years, he told many tales of warfare in Belgium. But nothing held the same horror for him as the gas attacks. Though he never experienced them first hand, they remained the ultimate bogeymen of that terrible conflict. 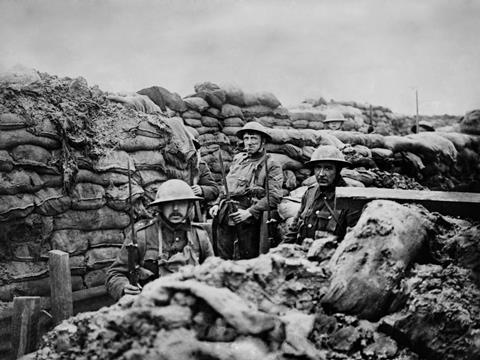 The sulfur mustards were the final, most terrible agents of chemical warfare deployed in the first world war, named for their distinctive odour, reminiscent of wild mustard or garlic. This odour is down to impurities, though - the pure compounds are colourless and odourless. The simplest and best known member of the family consists of a sulfur atom bracketed by a pair of hydrocarbons, each with two carbon atoms and each having the final hydrogen replaced by chlorine.

The sulfur mustards were created with one aim in mind. To disable human beings. Although actually volatile liquids, the sulfur mustards were an integral part of the development of gas warfare, and were widely known as mustard gas when deployed in 1917. The compounds had been discovered in the nineteenth century, but it was only the demands for more effective chemical weapons that saw them go into production during the first world war. 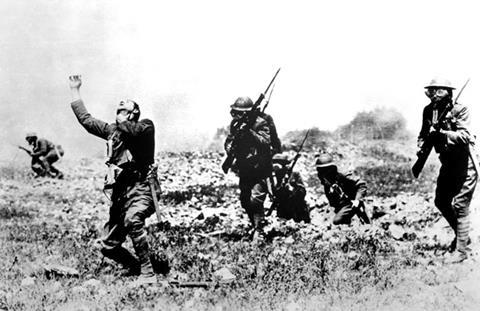 Chemical weapons had been proposed long before - Leonardo da Vinci mentions the possibility of using deadly gas as a weapon - but they had not been deployed, and were supposedly banned by the Hague Convention of 1899, attempting to place gentlemanly restrictions on the ways human beings killed each other. But soon after 1914 it became clear that the first world war would abandon gentlemanly behaviour.

It started with the element chlorine, first deployed at Ypres on the 22nd of April 1915. Released from a chain of six thousand cylinders, the gas rolled forward from the German front line into the opposing French trenches, carried by the prevailing wind. The Allies retaliated within months. But this was only the start of the chemical arms race.

Chlorine was initially followed up with phosgene, a killer gas that had none of the unpleasant immediate reactions that warns the victim of the onset of chlorine. With phosgene there was just the scent of new mown hay and a cumulative effect that leaves the victims with lungs that are unable to process oxygen. But phosgene was delicate in approach when compared with mustard gas.

Unlike their predecessors, the sulfur mustard compounds, first used in battle by the Germans in 1917, would not disperse in hours. Because they are liquids, delivered as an aerosol of fine droplets, they can render a region uninhabitable for weeks. Even if the victims are wearing gas masks they can still suffer terribly from a mustard gas attack, as it causes intense blistering to the skin, even through clothing. Most mustard gas victims were not killed by it, but were incapacitated by that blistering. 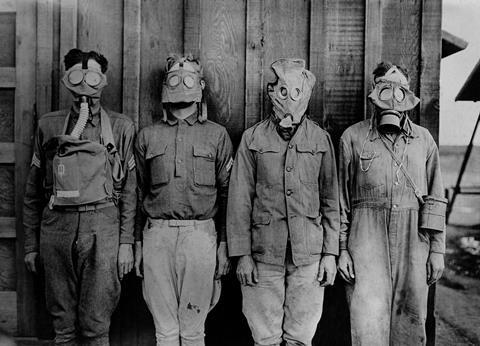 Another reason mustard gas proved such a dangerous weapon is that its effects are not felt for hours after exposure, so that it is easy to suffer a crippling or deadly dose without being aware of it. Once their effectiveness was proved, German production of sulfur mustards went into overtime. At the peak, a million mustard gas shells were fired in 10 days. Being a liquid, the sulfur mustards can also be deployed by crop spraying aircraft. Mustard gas remains one of the few chemical agents to have been deployed in modern times, when the Iraqis used it on Kurdish separatists in the 1980s.

As weapons, gases and aerosols like the sulfur mustards are of mixed benefit. They are difficult to control - a sudden gust of wind can blow them back into the faces of the forces that are deploying them. But there is no doubting their psychological effect. It has often been argued by supporters of chemical weapons that they are no different from any other technology designed to incapacitate, and can often be used to force an enemy out of the way without causing significant casualties. One German soldier commented after the first chemical offensive that they had been able to walk with their weapons tucked under their arms, just as if they were strolling along in a game hunt. But many officers in the first world war were disgusted by their use. 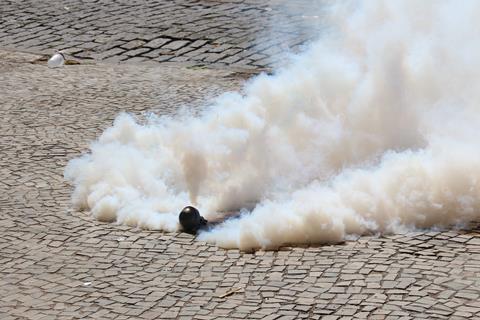 A German officer, reflecting on his army's use of gas said: 'Poisoning the enemy just as one poisons rats struck me as it must any straight-forward soldier. repulsive.' Gunfire is, at least, directed. Chemical weapons seem to have a mind of their own, drifting, rolling potentially killing thousands. It is not surprising that they caused such outrage. Clara Haber, the wife of Fritz Haber, the lead German scientist in the battle to develop chemical agents, shot herself in May 1915. Her suicide seems likely to have been triggered by her disgust at her husband's work.

Not everyone was worried though. Shortly after the first world war, with memories of gas attacks still vivid in the minds of troops, Winston Churchill commented 'I do not understand this squeamishness about the use of gas.' For Churchill, at the time, chemical weapons were real assets that, as he put it, 'spread a lively terror'.

Unlike other chemical weapons, the sulfur mustards were not disinfectants or insecticides that were turned against their creator. Mustard gas has no function other than to maim and kill. These remain chemical compounds without a single redeeming feature.

A compound created purely to cause harm, and unliked as a result. That was Brian Clegg with the dangerous, deadly chemistry of sulfur mustard. Now next week, a compound we all like to take in, in ice-cream, perfume, cakes and more.

In the past, a lot of vanillin came from the waste from paper mills. Recently, a Japanese scientist, Mayu Yamamoto, found a novel way of making vanillin. She extracted lignin from cow dung and converted that to vanillin. This discovery won her the 2007 Ig Nobel prize for chemistry, the send-up of the real Nobel prize.

And you can find out the chemistry causing vanillin to be in such high demand - so high that chemists have resorted to extracting it from cow dung, by joining Simon Cotton in next week's Chemistry in its element. Until then, thank you for listening. I'm Meera Senthilingam