Superbugs: The Race to Stop an Epidemic 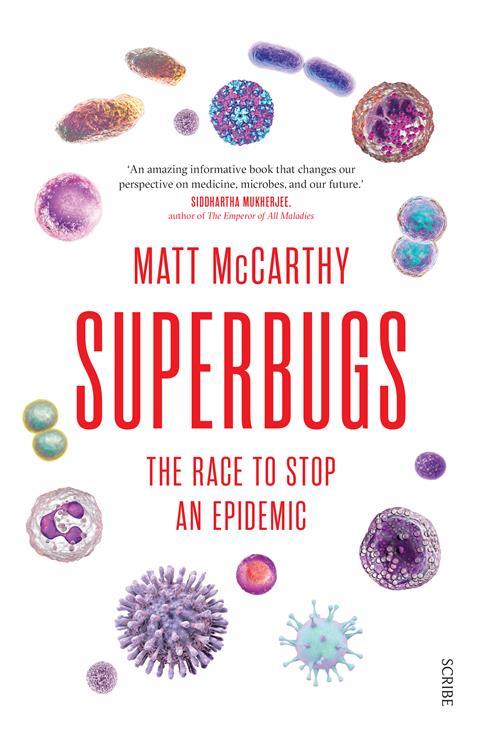 Someone I know has recently had an operation. The protocol that they needed to follow prior to surgery was to use a special wash on themselves, and follow a specified regimen when washing clothes and items such as bedding and towels. I have not encountered this prophylactic approach before, and suddenly the war against superbugs was brought very close to home. It was clear to me that the medical staff was leaving nothing to chance, because sometimes, antimicrobial medicines no longer work.

In Superbugs, Matt McCarthy tells the story of the rise of the drug-resistant microbes that so threaten the future of medicine. We are often told that we should resist urging our doctors to prescribe antibiotics when we don’t need them such as for viral infections. However, the road that led to antimicrobial resistance isn’t as simple as patient demand. This story is also inextricably linked to the tale of the development of antimicrobial medicines such as antibiotic and antifungal treatments; rather like the dark alter ego of a beloved hero.

McCarthy takes us back to the early days of discovery and success such as Alexander Fleming’s astonishing penicillin discovery in 1927. However, every heroic instance of scientific (or accidental) discovery is mirrored with case studies from McCarthy’s modern-day struggle as a medical practitioner to win the fight against drug-resistant microbes. As a doctor, McCarthy is a wonderful narrator.

This was a quick read, perhaps in part due to my desire to find out more about this topic. The use of case studies, which never fail to emphasise the human story, was inspired. McCarthy also addresses medicine’s darkest moments such as state sanctioned experimentation and the complex environment of the pharmaceutical sector. The author never preaches to the reader, an approach he has fostered throughout his career as a medic.

I would have preferred greater focus on the science of antimicrobials – though that isn’t the focus of this book or needed for its intended audience, the wider public. As a compromise, more images, diagrams and graphs would have helped. One thing that irked was that McCarthy almost beatifies his mentor Tom Walsh, which derailed the focus and made it feel more like an episode of House.

The most startling revelation? That antibiotics are natural products of soil-living organisms. The key to winning the war against superbugs doesn’t start in the lab but comes from nature, and the possibilities are amazing.