Find the right work–life balance as a scientist at RSSL

As a young scientist, David Sugden was part of the GlaxoSmithKline team that developed an antibiotic that would later save his mum’s life. He went on to join the pharmaceutical team at contract research organisation Reading Scientific Service Ltd (RSSL) to continue contributing to the future of medicine and world health. And so could you. 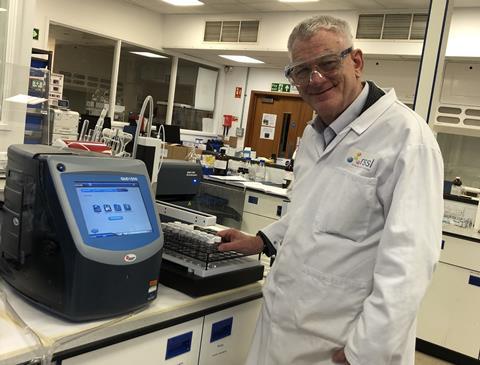 During a career that began almost 50 years ago, Sugden has worked on several life-changing antibiotics including cefuroxime, cefuroxime axetil and ceftazidime. When his mum was suffering from life-threatening septicaemia during a chemotherapy course for Hodgkin’s Lymphoma in the 1980s, it was the latter drug that cured her infection.

He joined RSSL as a full-time senior scientist 15 years ago and now works three days a week as an associate principal scientist. Along with a wealth of scientific experience, Sugden brings his ability to dissect an argument, discuss it and present a logical course of action to his colleagues. It’s a skill-base they often put to the test, he says.

‘The younger generations have a huge amount of energy and enthusiasm for their work. They are encouraged to have opinions on things and they are so confident with their ideas. They have the kind of problem-solving skills that get a job done,’ Sugden says. ‘Now I can help new scientists coming into the industry, coach apprentices and share my knowledge of the science behind things that they may not have covered. The body of knowledge has gone so far from how I was taught,’ he says. ‘Nowadays they look at clinical types of chemistry so much more than in my day. Our focus was more organic types of analysis and everything was so much more practical. I don’t think it’s better or worse, it is just different. And because of my years in the industry, I have knowledge I can pass on to colleagues. That is what keeps it fresh for me, the depth of knowledge I can share.’ Working three days a week gives Sugden a 50/50 work–life balance he likes. ‘For me, two days might seem bitty and if it was more than three, I might resent the time it takes away from my personal life.’

Now a one-day per week RSSL consultant, Kathy Groves brings the insight of a career spanning 40 years. She focuses on microscopy, which is a key part of the process for developing new food products or analysing food products and ingredients. Groves can be identifying a foreign body in a supermarket sandwich one day and investigating a manufacturing product ingredient’s contrary behaviour in a process the next. No two days are the same, she says. 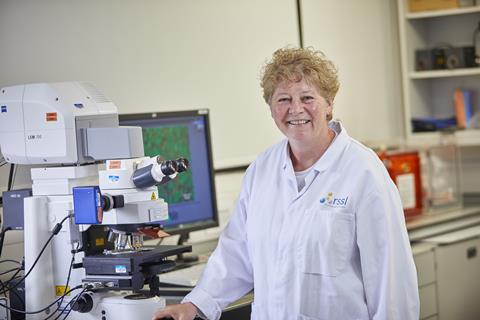 In the food business ‘everything that is made is on a knife-edge of perfection’, Groves enthuses. While the tendency of breakfast cereal crumbs to migrate to the top of the box constitutes a minor morning annoyance for most, it’s a ‘huge engineering problem’ in a manufacturing setting, Groves says. Solving these problems not only drive her, they trigger her sense of lament at clock-off time.

‘I think I bring experience and a different perspective – a short cut that helps colleagues see the end point, or a bit of pathway to get there. I like to get them thinking about questions in a way that will give them the answers. It’s about teaching that thought process rather than just the facts,’ she adds.

Almost two thirds of respondents to publishing and education company Pearson’s 2019 Global Learner survey consider traditional retirement ‘old-fashioned’, with many favouring part-time jobs, entrepreneurship and second careers over activities like golfing and the Women’s Institute. A UK report called A new vision for older workers: retain, retrain, and recruit by Ros Altmann sees the older generations as an ‘untapped source of growth, a hidden talent pool in which retirement becomes a process not a cliff-edge event’.

As a 65-year-old grandfather of four with local charity commitments, Sugden finds the work–life balance ideal. For 63-year-old Groves – who fell into microscopy by chance then ’fell in love with it’ – the RSSL work fits around her role on the science committee of the Institute of Food Science and Technology.

‘It is a long day that I do, but one of the worst things about it is that I only do that one day a week. I often find I want to continue on this problem, I want to solve it and find the answer to this question. I can get just enough done to satisfy my curiosity and it remains so exciting to do this. I also love the interaction with customers and the 20-plus strong microscopy team,’ Groves says.

Groves and Sugden might not work the same schedules as other RSSL colleagues but they are vital to the team. And, if you have Good Manufacturing Process (GMP) knowledge within a pharma environment, you could be too.

Find out more about becoming a part-time consultant pharmaceutical scientist at RSSL by clicking here.