Targeted protein degradation (TPD) is an emerging drug discovery strategy that allows access to difficult-to-treat diseases. While traditional small-molecule drugs may only allow access to ~20% of the proteome, degradation techniques may open the door to the other 80%. Proteolysis targeting chimeras (Protacs) are an attractive new means of protein degradation, and work catalytically at sub-stoichiometric levels over an extended length of time. These tools have the potential to widen the spectrum of targetable proteins, including proteins that have proven intractable to traditional approaches.

Protacs represent a revolutionary new class of chemical tools and molecular therapeutics. They are conceptually formed of three components: a ligand for the target protein, a handle for an E3 ubiquitin ligase enzyme and a linker molecule. Formation of a ternary complex between the degrader, ligase and target leads to the tagging by ubiquitination and subsequent proteasomal degradation of the target protein.

By the end of this webinar you will have:

This webinar is brought in association with MilliporeSigma.

Our purpose at MilliporeSigma is to solve the toughest problems in life science by collaborating with the global scientific community – and through that, we aim to accelerate access to better health for people everywhere. We provide scientists and engineers with best-in-class lab materials, technologies and services. With the 2015 combination of EMD Millipore and Sigma-Aldrich, we now have a broad portfolio of 300,000 products and an expanded global footprint. 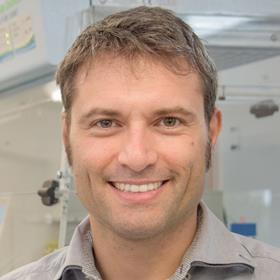 Alessio Ciulli holds the Personal Chair of Chemical and Structural Biology in the School of Life Sciences at the University of Dundee. His research interests are on the development of small molecules targeting protein–protein interactions (PPIs) and inducing protein degradation. His group has made significant contributions to selective chemical intervention on important PPI targets.

Your privacy is very important to us, which is why we make sure you are always in control of what we do with your personal information

[Embedded content below must be updated to have correct link in <iframe> and also appropriate pixel height for each media break point, dependent on the form itself.]