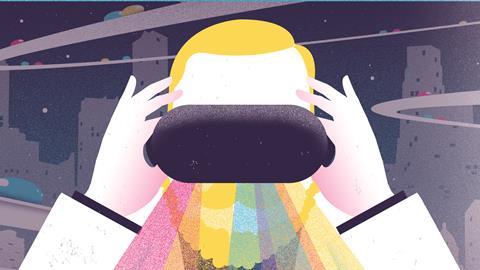 John Gilbey imagines a future without chemistry as we know it

The first indication that something was wrong came on Tuesday morning. After the sunny Bank Holiday. I walked into the foyer of the university’s Institute for Science and Environment feeling relaxed and slightly hungover – ideal conditions for facing the end of the world. Just as the lift doors were closing, a purposeful, elegant figure stepped efficiently in beside me. ‘Good morning, Director,’ I intoned with mock respect and reverence – Emma and I have known each other for most of our careers, so a little licence is allowed. 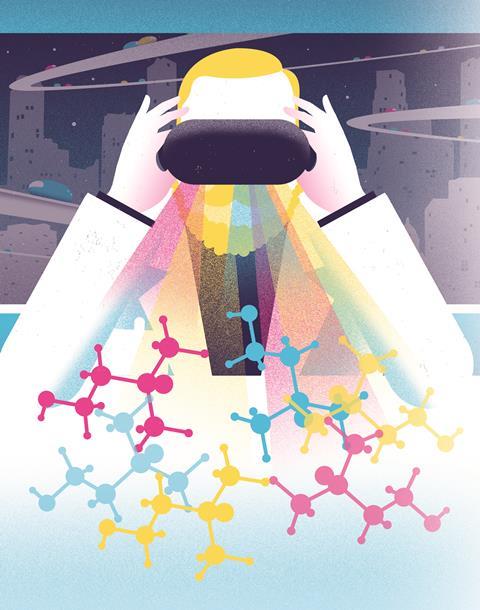 Before she could respond, probably with a comment on my dishevelled appearance, a phone rang. Not mine, and not the one in Emma’s hand either. With a thoughtful look, she fished another phone out of her bag and studied the screen before taking the call. ‘Yes? Yes, it is. No…’ She glanced across at me. ‘No, I’m not. Can you call back in five minutes? OK.’ The lift pinged, and she walked out without a word – leaving me to wonder glumly about that call to her ‘other’ phone. The phone she always carries, whatever the circumstances. The phone that never rings. The phone you hope will never ring.

People were dying without obvious cause and with no warning

An hour later I was in another world, sliding between sheets of colourful, beautifully structured clay minerals with all the grace of a carthorse on ice. This isn’t my usual sort of virtual reality, but this modest exercise to show first year environment students why mud is slippery had gained such a bizarrely high level of usage that I’d been asked to check it over. Colleagues suggested that our students were using the haptic feedback in the demo for some weird cybersexual gratification – but I failed to feel anything beyond the sensation of swimming in warm porridge. Maybe they are into that – if so, words fail me.

Someone tapped me on the shoulder. I sighed, and with an effort returned myself to the bitterly real world of my office. ‘Coffee time?’ I enquired, hoping for a colleague with a steaming mug – but it was Emma standing there, with no coffee and a deeply serious expression. ‘We need to talk,’ she said, in a way that brooked no argument. I unhooked the VR gear and followed her up to her office.

She spoke quickly and deliberately, sketching out the details of her covert phone call. The holiday weekend had not been blissfully sunlit and springlike for everyone; across the UK, for far too many people the last few days had been their last few days. Quietly, unexpectedly, they were dying without obvious cause and with no warning. Slowly at first, the government engine was rumbling into life: assessing numbers, building scenarios, developing a response. Emma would not be the only member of the National Response Network whose phone was ringing this morning. ‘They are sending someone down to act as Government liaison – we are expected to be in an “Enhanced State of Readiness” when he gets here, whatever that means…’ As neither of us had any idea, we went off and had an early lunch – which turned out to be our last proper meal for several days.

Read part two of the story