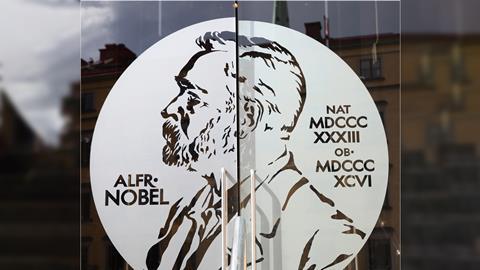 The discoveries made by this year's Nobel laureates have had a great impact on new drug developments, polymeric materials and industrial syntheses. Karen Harries-Rees reports.

A chemical reaction used every day in the chemical and pharmaceutical industries is the focus of this year’s Nobel prize for chemistry. The prize was awarded jointly to Yves Chauvin at Institut du Pétrole, France; Richard Schrock at Massachusetts Institute of Technology (MIT), US; and Robert Grubbs at California Institute of Technology, US, ’for the development of the metathesis method in organic synthesis’.

Catalysed metathesis reactions give shorter synthesis routes, yielding more product, resulting in cleaner and more environmentally friendly production. ’Instead of doing something in 10 to 15 steps, you can do it in five steps,’ says Schrock. It has great commercial potential in the pharmaceuticals industry, the biotechnology industry and in food production.

New metathesis catalysts are also widely applicable in polymer synthesis, with recent research focusing on creating polymers with specific characteristics. Other applications include synthesising insect pheromones, herbicides, and additives for polymers and fuels. ’The discovery of practical well-defined metathesis catalysts has advanced ring closing metathesis reactions from the level of a research curiosity, to an enormously powerful and widely applicable synthetic tool in a relatively short space of time,’ says Richard Brown, an organic chemist at the University of Southampton, UK.

Catalysed metathesis was first discovered in the 1950s by industrial researchers, although the mechanisms were not understood at the time. A number of patents described the catalysation of olefin polymerisation, including one in 1957 by Herbert Eleuterio at DuPont in the US which described the formation of unsaturated polymers. Earlier attempts to polymerise ethene to polyethene had only produced saturated polymers.

In the same year another patent showed that propene could be converted into butene and ethene when treated with a mixture of triisobutyl aluminium and molybdenum oxide on aluminium oxide.

The connection between these two discoveries was made much later, by Nissim Calderon at the Goodyear Tire and Rubber Company, US. Calderon showed that the same type of reaction, which he termed olefin metathesis, took place in both processes.

However, the mechanism underlying metathesis remained a mystery.

The breakthrough came in 1971 when Yves Chauvin and his student Jean-Louis H?rrison published their metathesis mechanism. In the metathesis of an alkene, a metal carbene (later termed metal alkylide) acts as a catalyst for the exchange of alkylidenes between two different alkenes and the result is two entirely new alkenes.

In this mechanism, in the first stage a metal methylene (metal alkylidene) reacts with the alkene, forming a metallocyclobutane intermediate. In the next step, two of the single bonds are broken and a new alkene (ethene) and a new metal alkylidene is obtained. In the third step, this new metal alkylidene unites with one of the original alkenes to form a new metallocyclobutane. In the last stage, this intermediate molecule is broken apart, giving a metathesis product and reforming the metal methylene catalyst.

The result is that the two molecules have exchanged alkylidene groups with each other; they have undergone metathesis. Chauvin’s mechanism explained all earlier outcomes of olefin metathesis.

Describing the work to the Nobel Foundation, Chauvin said: ’It was a Sunday afternoon in my apartment, the weather was bad and all of a sudden I said "Oh yes, it’s obvious". Voil?, as simple as that. But that happens to lots of others in science, that it is while you are resting that great ideas come to you.’

Chemists saw great potential in metathesis. But its application in organic chemistry was difficult because available catalysts were sensitive to air and moisture, created side reactions and were relatively short-lived. Stable and well-defined catalysts with reactivity that could be adjusted to suit the purpose were needed.

Schrock joined DuPont in 1972, attracted by its vibrant basic research. The company allowed researchers to choose their own research, provided it had some relationship to one of its interests which, at the time, included polyethylene, polypropylene and polyolefin research. ’Tantalum is not that far away from metals that do polymerise olefins, so that was the excuse to look at organometallic chemistry and tantalum,’ says Schrock.

He tried to synthesise a tantalum complex, [Ta(CH2CMe3)5], which was expected to be stable. However, what he isolated instead was the first stable metal-alkylidene complex. ’I knew I had something interesting. That compound led me to these catalysts. It was instrumental in teaching me where we should go,’ he says. Schrock tried other tantalum-alkylidene complexes, including the first methylene complex. He also found that metallocyclobutanes were formed. But none of the complexes catalysed olefin metathesis.

In 1980, Schrock and his group at MIT (he had moved there in 1975) reported a tantalum-alkylidene complex that catalysed the metathesis of cis-2-pentene. This worked where other complexes had failed because it had alkoxide ligands.

He gradually developed an understanding of which metals could be used. Molybdenum and tungsten soon appeared to be the most suitable. Schrock and his group worked to find alkylidene complexes of these metals. The search eventually produced a family of molybdenum- and tungsten-alkylidene complexes, and the most efficient were reported in 1990. One is commercially available and these compounds are now the most active of the alkene metathesis catalysts.

But these catalysts were unstable and sensitive to oxygen and water. Grubbs recognised this and with his co-workers found that ruthenium trichloride polymerised olefins even in water. Ruthenium chloride had already been used by Giulio Natta as a catalyst for polymerisation of cyclobutene by ring opening. Grubbs assumed this catalyst also worked using a metal carbene mechanism.

In 1992, Grubbs and co-workers reported their first molecularly well-defined ruthenium-carbene complex. To increase the reactivity of the catalyst, its phenyl groups were exchanged for cyclohexyl groups. This change produced the desired reactivity and the catalyst polymerised unstrained olefins and induced reactions with acyclic olefins. It promoted many of the same reactions as Schrock’s molybdenum-based alkylidene complexes but had greater functional group tolerance and could be handled using standard organic techniques.

As the need for larger quantities of catalyst grew, more efficient syntheses were needed. A practical route to ruthenium benzylidene complexes was developed and in 1995 Grubbs reported new molecularly well-defined catalysts. One has been commercialised and is known as the first-generation Grubbs’ catalyst. This is still the metathesis catalyst of choice for many organic chemists.

There were problems with Grubbs’ catalyst, however. The lifetime was too short to give high product yields with reasonable catalyst loadings in some difficult ring-closing reactions. Improvements were needed.

Wolfgang Herrmann had earlier synthesised ruthenium complexes with two such carbene ligands, but they only showed modest catalytic activity.

In Grubbs’ catalysts with only one such ligand, the dissociation rate of the remaining phosphine is increased, increasing metathesis activity. Similar results were published almost simultaneously by Steven Nolan and by Alois F?rstner and Herrmann in 1999.

The new, more reactive, catalysts are called second-generation Grubbs’ catalysts and they are the most used for efficient cross-metathesis reactions.

There is a lot of room for improving catalysts, preventing decomposition, making them long lived

Schrock is also looking at asymmetric metathesis in collaboration with Hoveyda. In addition, he is looking at mono-alkoxides as a new type of catalyst. ’We didn’t think they would be very interesting, but they might turn out to be even more active than the bis-alkoxides. After 20 years of bis-alkoxides we now have mono- that may, for reasons that we don’t completely understand, be more reactive.’

As for future applications: ’it’s just up to the imagination,’ says Schrock. ’If you wanted to do olefin metathesis in a cell there’s probably not a catalyst that would do it, but maybe you could dream about doing such a crazy thing with an appropriate catalyst.’ 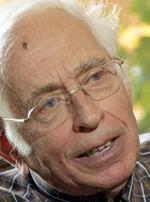 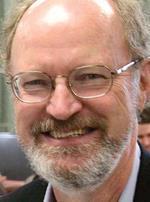 US citizen. Born 1942 in Calvert City, Kentucky, US

PhD in chemistry in 1968 from Columbia University, New York, US

Victor and Elizabeth Atkins professor of chemistry at California Institute of Technology, Pasadena, California, US 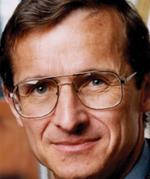 PhD in chemistry in 1971 from Harvard University, Cambridge, Massachusetts, US