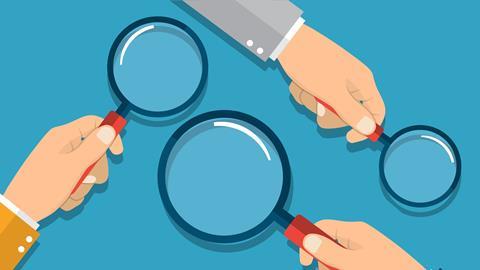 Four new retractions bring the total for Rashmi Madhuri and Prashant Sharma up to 14, with at least another 50 papers potentially affected

On 31 May, the American Chemical Society (ACS) retracted another four papers from Indian Institute of Technology (Indian School of Mines) (IIT(ISM)), Dhanbad, scientists due to suspicious microscopy images. This brings Rashmi Madhuri and Prashant K Sharma’s tally of retractions to 14, with Dutch publishing giant Elsevier previously retracting nine and the ACS one more. But anonymous commenters on the online journal club PubPeer have identified at least 50 sustainable nanoscience papers by Madhuri and Sharma that apparently show similar problems.

Rajiv Shekhar, IIT(ISM)’s director tells Chemistry World that he has asked Madhuri and Sharma to explain the situation and has launched an external investigation into the matter. Currently unnamed ‘acclaimed experts’ working in nanoscience ‘who are absolutely against plagiarism’ will deliberate for a month, Shekhar says. Then their recommendations will go to IIT(ISM)’s board, which meets once a quarter. ‘We take these allegations very seriously,’ he adds. Chemistry World was unable to reach Madhuri, while Sharma declined to comment beyond observing that he’s ‘just a co-author on some of those papers’. 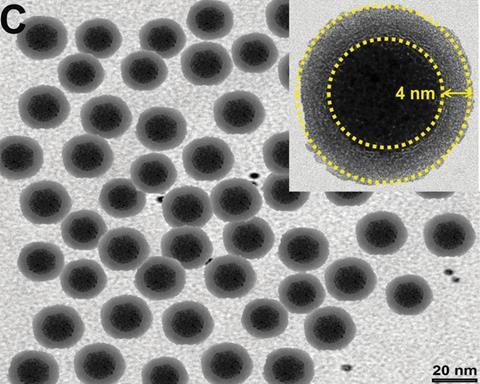 This image of carbon dots is one of a number of images that are believed to have been manipulated. In this case the authors have been accused of copying and pasting the same image numerous times

Concerns over the pair’s work built after a commenter on PubPeer spotted issues with a 2017 Journal of Materials Chemistry C paper, published by the Royal Society of Chemistry (RSC). The RSC also publishes Chemistry World. The paper is typical of the IIT(ISM) researchers’ work, in that it describes a low-cost approach enabled by nanomaterials – in this case for detecting silver ions in wastewater. One particular image supposedly featured many carbon dots, but several appear identical, suggesting the picture was assembled from copies of the same dot. A few days later another commenter found similar issues in a 2016 paper in Journal of Materials Chemistry B, also published by the RSC. This time using silver nanoparticles to detect a cancer biomarker, the scientists included another apparent copy-and-paste image, with the same background as their 2017 paper.

PubPeer commenters quickly found that similar problems affected a large number of Madhuri and Sharma’s papers. According to academic literature database Scopus, Sharma has authored 75 unique papers or book chapters, excluding retraction notices, of which 46 have been questioned by researchers on PubPeer. Similarly, Madhuri has authored 80 unique papers of which 39 have been questioned. Beyond the 14 retractions, two further papers have expressions of concern. 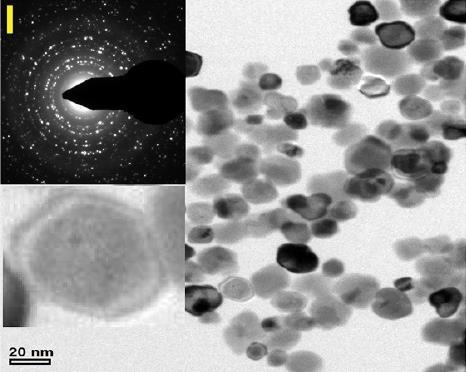 Other researchers then began writing blog posts about these issues, and taking to Twitter to demand action from publishers. One especially strange case came in an ACS Biomaterials Science and Engineering paper published in March 2017 on using gold nanoparticles in MRI imaging. The authors made a correction in August 2017, saying that one image was used in error. Both the original and replaced images were apparently manipulated in a similar way, observes Leonid Schneider, whose blog For better science highlighted the issues. The correction was possibly ‘the most blatant’ apparent manipulation, Schneider adds.

In February 2018 this became the first of Sharma and Madhuri’s papers to be retracted. Susan Morrissey, director of communications at the ACS, says the publisher took action after ‘a note of concern from a reader’. She emphasises that the ACS relies on both readers and authors to ensure the scientific literature’s accuracy, even though it ‘employs the latest technology’. It ‘expects ACS editors, authors and manuscript reviewers to adhere to the course of conduct as set forth in the ACS Ethical Guidelines to Publication of Chemical Research’, Morrissey adds. Among the newly retracted papers is a 2017 ACS Sustainable Chemistry and Engineering paper on making cow-dung derived palladium nanodiscs for use in batteries and water splitting.

‘The case is a symptom of something wrong in the nanotechnology literature,’ observes Smut Clyde, a pseudonymous scientist who covered the situation at For better science. ‘These were highly-ranked journals in that area of science, yet they were publishing transparent fabrications. If I were a librarian at one of the institutions that subscribes to Bioelectronics and Biosensors [one of the affected Elsevier journals], I would feel cheated.’

Tom Reller, Elsevier’s vice president, communications, points out that ‘screening of high volumes of images during the editorial process is an area that Elsevier actively supports and collaborates on’. However, he adds that ‘while there are several promising developments, software is not yet available that enables editors to screen images efficiently and routinely at a large scale’. In this case, Elsevier first discovered problems ‘when the corresponding author contacted us’, he says. PubPeer commenters have flagged at least 19 more of Sharma and Madhuri’s Elsevier papers. Reller says that the publisher’s editors ‘are assessing all allegations and offering due process to the authors’.

The RSC has not retracted any papers to date. However, Fiona McKenzie, journals publisher at the RSC says: ‘We are investigating 10 articles from our journals that have been co-authored by Prashant Sharma and Rashmi Madhuri.’