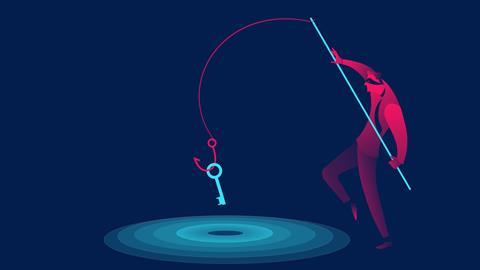 Scammers infiltrated a chemistry journal’s peer-review system in order to accept and publish low quality papers. The sophisticated operation highlights the lengths to which some dishonest parties will go to undermine the review process.

The Journal of Nanoparticle Research announced that 19 articles were accepted, with some published online, after it fell victim to an attack by ‘an organised rogue editor network’.

Fraudsters impersonating respected academics approached the journal, which is published by Springer Nature, to suggest an idea for a themed issue on ‘the role of nanotechnology and internet of things in healthcare’. The imposters generated fake email addresses that mimicked those of real universities to add credibility to their claims.

‘They contacted us, not just with a fake email address, but also fake domains that were very similar to one university in Germany and one in the UK,’ says Humboldt University chemist Nicola Pinna, who serves as the journal’s executive editor. ‘So we didn’t notice it immediately.’

Pinna notes that the proposal for the special collection was ‘sound and quite detailed’ and even included suggestions for researchers working in appropriate fields, who might wish to submit papers. ‘Everything was carefully done,’ he says.

Once the themed issue was commissioned, the scammers were invited to handle papers and assign referees for them. This enabled them to accept 19 papers that would otherwise have been rejected by the journal for failing to meet its scope and standards for publication.

‘At the beginning it was very quiet, and then we saw a lot of accepted papers popping up. And when we tried immediately to look at quality of these papers, it turned out it was bad,’ says Pinna. ‘At the same time we got contact from the research integrity group from Springer, telling us that there is a problem with this special issue because of suspicious activity and suspicious emails from used referees and so on. So then we started to investigate.’

However, when the journal’s editorial team began investigating the scam, it found that the fake email accounts had expired. ‘There was no way we could even try to contact them back via these domain names – they don’t exist anymore,’ says Pinna. The journal says that it has put in place new measures to avoid falling victim to such scams in future, and hopes that sharing its experience may help other publishers to spot similar attacks.

‘I have heard about some other cases in which there have been some, more or less systematic, attempts to interfere with journals’ publication process – for instance leading to large scale retractions of papers due to fake peer review,’ comments Serge Horbach, an expert in research integrity and peer review, based at Aarhus University in Denmark. However, he notes that such coordinated attacks still seem to be very rare.

‘These cases are a major concern for journal editors and scholarly publishers, though. Clearly, the reputational damage caused by cases in which journals’ quality control mechanisms have been compromised is considerable,’ says Horbach. He points out that journals’ claim to assure the reliability of the scholarly record is one of the main ways that they can distinguish themselves from emerging ways of disseminating research findings, such as preprint archives and institutional repositories. ‘Hence, journals and publishers are taking several steps to prevent such events, including the establishment of dedicated teams to safeguard the quality of the review process and to avoid or handle cases of research misconduct,’ he says. ‘The research integrity group at Springer Nature … is a good example of this.’

Horbach praises The Journal of Nanoparticle Research’s editors for their open and transparent approach to addressing the recent attack. ‘In an attempt to mitigate reputational damage, one could have imagined them to try to keep the case under the radar. Instead, publishing about it, with the aim to help others prevent similar cases, is, to me, a clear example of editorial best practice.’