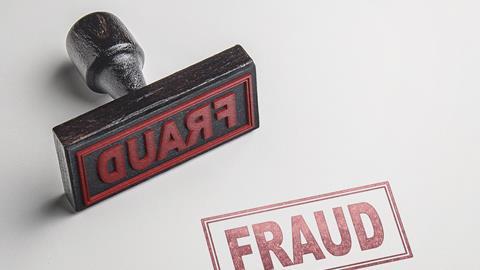 Crackdown on science fraud in China after string of scandals

The Chinese government’s harsh punishment of nearly 500 researchers involved in a massive scientific fraud, which was exposed earlier this year, has had a huge impact on China’s research community. Some Chinese observers believe that this scandal could be a turning point in the country’s efforts to raise its ethical standards.

The punishments came after an investigation led by China’s Ministry of Science and Technology into the retraction in April of 107 papers by Chinese authors published between 2012 and 2016 in the journal Tumor Biology. The journal’s publisher and editor said they had ‘strong reason to believe that the peer review process was compromised’. To put it more bluntly, peer reviews were found to be fake – either submitted by accomplices fraudulently acting as experts or paid for by authors from third-party providers or even written by authors themselves hiding behind alternative email addresses.

Penalties for researchers linked to the scandal are being decided on a case-by-case basis and include being banned from research for a set period, promotions being denied, and awards and honours revoked. The researchers involved also face punishment from the Communist Party.

Bikun Chen, of the school of economics and management at Nanjing University of Science and Technology, tells Chemistry World that the various penalties meted out by authorities to unethical researchers ‘are the harshest ever in China. It has definitely had an impact on the research scene in China.’

Chen, co-author of a widely-reported paper published in July that analyses China’s system of cash rewards for publishing in top scientific journals1, adds that the scandal in Tumor Biology and resulting punishment ‘was reported by influential media in China and other countries. Lots of Chinese scholars discussed the issue in their blogs, micro-blogs, WeChat and Tencent QQ. My peers in different universities were deeply shocked and they said that they would be more conscientious and careful in participating in cooperation.’

Not an isolated incident

The Tumor Biology scandal is only the latest in a string of publishing frauds, including a smaller but similar one reported yesterday, perpetrated by Chinese researchers in recent years that has cast Chinese science and its ethical standards in a poor light. But the severity and resulting worldwide publicity of the scandal prompted Chinese authorities to appoint a high profile working group to investigate.

To be honest, a full professor’s salary can hardly support a family in China

At a press conference in late July, Defang He, a top Chinese science ministry official, said that China’s ‘international reputation’ had been severely damaged by the scandal. He added that ‘the cheating problem in China has become very serious and it will not go away if the authorities play it soft, as they have done many times before’.

Jiang Li, an associate professor of information science at Zhejiang University in China, tells Chemistry World that even before the embarrassing Tumor Biology fiasco, Chinese authorities had been adopting a tougher attitude to academic fraud. ‘The Chinese government has investigated academic misconduct with very strong determination in recent years, so I am not surprised that the Chinese government treated the Tumor Biology scandal very seriously.’

A couple of weeks before the working group announced its results, the China Association for Science and Technology (CAST) issued a code of conduct designed to improve the ‘discipline’ of Chinese researchers and to ‘promote the scientific spirit and strengthen moral standards’.

Chen describes the code as a ‘significant’ step forward for Chinese science, saying that ‘anyone breaking the guidelines would be criticised or punished by their peers or institution’. He adds: ‘For me, the ethical guidelines now are complete.’

Chen said the steps taken in China this summer – punishing researchers linked to the scandal, the new zero-tolerance policy and the code of conduct – will help clean-up Chinese science. ‘Researchers will be more conscientious and careful,’ he adds.

Chen’s July paper detailing cash rewards for Chinese researchers as an incentive to publish in top journals was interpreted by some as an explanation for the many cases of misconduct. Chen and colleagues investigated cash payments to authors by 100 Chinese universities for papers published between 1999 and 2016, with payments ranging from $30 (£23) to $165,000. Papers published in Nature or Science garnered the biggest cash payments.

An article in the South China Morning Post proclaimed cash payments have ‘resulted in scientists becoming more concerned about lining their pockets than checking the accuracy of their research’. The study, however, did not categorically conclude that cash payments were the trigger for misconduct, only that ‘monetary reward policies might bring some negative effects when improving research productivity’. The authors added: ‘We still know little about the potential impact of these monetary reward policies on research activities, which should be explored in the future.’

Li says he sees no problem with cash payments, saying the practice is ‘reasonable in Chinese academia at this moment’. ‘To be honest, a full professor’s salary can hardly support a family in China,’ he says. ‘Without monetary reward, some researchers may have to sacrifice vitality for extra money.’ However, he believes cash rewards for papers are a ‘short-term strategy’ that will end ‘as soon as China rises up in most research areas’.