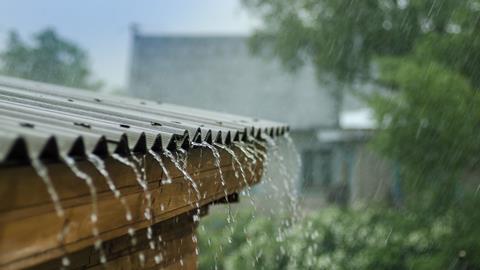 Simulation experiments have revealed that sulfuric acid formation in the lowest part of the atmosphere can be catalysed by a base, namely ammonia. What’s more, ammonia appears to out-compete other known catalysts, leading the researchers who made the discovery to speculate that the unusual pathway could play a key role in the formation of acid rain.

It was previously thought that only water and acids catalysed the formation of atmospheric sulfuric acid via hydrolysis of sulfur trioxide. Conversely, ammonia – the most abundant alkaline gas in the atmosphere – was deemed an efficient neutralising agent of sulfuric acid.

Last year Biman Bandyopadhyay at Malaviya National Institute of Technology in Jaipur and colleagues showed that ammonia could compete with water and acids as a catalyst for the decomposition of atmospheric carbonic acid. Since whenever a catalyst lowers the activation barrier of a forward reaction it will do the same for the reverse, the team wondered if ammonia – given that it promoted an acid’s decomposition – could catalyse sulfuric acid formation.

‘Ammonia is largely considered to neutralise sulfuric acid and thus hinder acid rain through reactions that produce ammonium bisulphate and ammonium sulphate,’ says Bandyopadhyay. ‘We found that it might not always be the case and ammonia could end up promoting acid rain by helping sulfuric acid formation.’

The team discovered this using software that performed electronic structure calculations to find reaction energetics and rate coefficients of sulfur trioxide hydrolysis when catalysed by either water or ammonia under conditions in the troposphere. Results revealed that, in theory, ammonia not only acts as a catalyst for sulfuric acid formation but that it dominates, having a rate constant that out-performs water and other catalysts.

‘We were expecting the ammonia-catalysed rate constant to be higher than water, particularly because of our previous experience with the decomposition of carbonic acid,’ says Bandyopadhyay. ‘But we were pleasantly surprised when we found it to be between five and seven times orders of magnitude higher.’ The researchers argue this ammonia-catalysed reaction could substantially contribute to formation of acid rain.

Theo Kurtén, a computational atmospheric chemist at the University of Helsinki, Finland, says that the new route for sulphuric acid formation is ‘unlikely to play a significant role’, even if the ammonia-catalysed reaction dominates under some conditions, since ‘[the] sulfur trioxide to sulfuric acid conversion happens very fast even with water’. But he adds the work itself is ‘solid and very interesting from a chemical mechanism and theoretical chemistry point of view’.