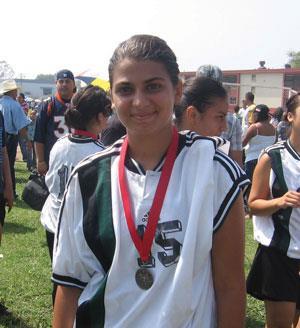 The sister of Sheri Sangji appears to have provoked change at the American Chemical Society (ACS) on lab safety. At the organisation’s meeting a year ago, Naveen Sangji, whose sister died in 2008 from burns sustained in a lab experiment at the University of California, Los Angeles, urged the ACS to speak out about the importance of lab safety. Now that call, combined with other more recent and well-publicised chemistry lab accidents at US universities, seems to have motivated the ACS to take action.

A draft safety statement has now been created by a safety working group at the ACS. The goal is to establish safety as a ‘core value’, according to KennethFivizzani, an ACS member who was involved in the drafting.

‘We in the chemical safety business are getting greedy now – we are on a roll and we want to press that advantage,’ Fivizzani told a session of the ACS meeting in Philadelphia, Pennsylvania. ‘One of the things we saw was that ACS had no statement whatsoever about safety – no public statement.’ When lab accidents occur and garner media attention, ACS ‘can’t point to any statement about safety because it doesn’t exist’, Fivizzani said.

The ACS draft statement, which the working group started on in December 2015, will ultimately be submitted to the ACS board of directors for approval.

At last year’s ACS meeting, Naveen Sangji delivered a speech that accused her sister’s principal investigator (PI) – Patrick Harran – of being responsible for her death through lax safety standards. She had urged the ACS to issue a public statement condemning such behaviour, suggesting that federal research funding should be tied to the PI’s safety record.

But it doesn’t appear that the final ACS draft will be as strong as Naveen Sangji wanted. ‘Our writing team has prepared this underlying policy statement very generally, very – I hope – non-controversial, so that we can get that on the board and then work off of it later,’ Fivizzani said.

Eventually, the ACS working group will also develop guidelines for the promotion and practice of lab safety. That document will be targeted at chemists, chemical engineers and support professionals.

In particular, Fivizzani said the authors of the statement want chemical safety regulations to be based on sound science and risk-based criteria. They also seek support for the training and education of chemical scientists and engineers to include toxicity issues and exposure risk, he added. ‘Generally, chemists aren’t real good at that because they haven’t been trained in it,’ Fivizzani said. ‘We would like to expand that training and have some public support to do that.’

Mary Beth Koza, an ACS member who oversees environmental health and safety at the University of North Carolina at Chapel Hill, calls the policy statement ‘a good start’. However, she wonders why lab safety wasn’t always a ‘core value’ since it is a critical component of the chemistry education process. ‘My goal is always to do the education to make people aware, because there is individual accountability and then there is organisational accountability,’ Koza states.