And the time of death was?

Scientists in Portugal have developed a tool to calculate the post-mortem interval (PMI) or ‘time of death’ of a cadaver from a blood sample. 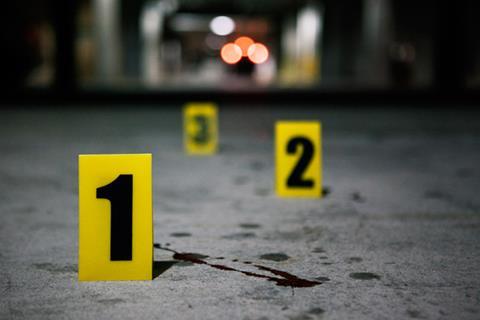 Monitoring changes in body temperature, as well as the stages of rigor mortis are among the traditional methods currently used to estimate the PMI. But environmental fluctuations, such as temperature, can impact the rate at which these changes occur, reducing their reliability.

Ricardo Jorge Dinis-Oliveira, from the University of Porto, describes a common scenario where in a court of law the judge asks ‘what was the time of death?’ A method that yields an accurate result to this question would be ‘the Holy Grail of forensic sciences’ according to him.

Now, Dinis-Oliveira’s group has monitored how the pH, and concentration of 46 biochemicals, including lipids and proteins, fluctuates as blood decomposes, to calibrate a mathematical model that can estimate the PMI.

The current model is based on blood samples from living humans but the team’s next step will refine the model using samples taken from corpses with a known time of death. When asked about the future of his work, Dinis-Oliveira says it ‘may provide a new paradigm for estimating the post-mortem interval and become a complementary procedure for the methodologies already used’.

Deputy Chief Forensic Pathologist, Stuart Hamilton, from the East Midlands Forensic Pathology Unit at the University of Leicester in the UK remarks that this ‘is certainly an interesting piece or work’ as ‘the lack of precision currently offered with respect to time of death is frustrating’. Despite the fact that this would be a complementary technique to current procedures rather than a standalone method, Hamilton concludes that he will keep an eye on it ‘as it may develop into a useful tool and forensic taphonomy [the study of decaying organisms over time and the process of fossilisation] is a growing field’.