This month we meet chemisty Nobel winner, Thomas Lindahl, and we learn how bio-markers might be used to determine the time of death

0.31 – The 2015 Nobel prize in physiology or medicine has been split between three researchers for unearthing two naturally-occurring antimicrobial products that can fight parasitic diseases such as malaria and river blindness – Antiparasitic drugs derived from natural products take 2015 medicine Nobel 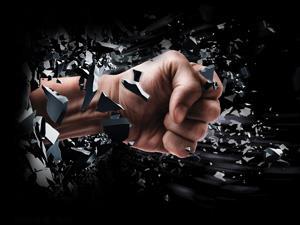 3.33 – Scientists in Portugal have developed a tool to calculate the post-mortem interval (PMI) or ‘time of death’ of a cadaver from a blood sample – And the time of death was?

6.18 – Why do so many biological molecules exist in just one chirality – and how did it emerge? Donna Blackmond, professor at the Scripps Research Institute, reflects on life’s strange asymmetry – The origin of homochirality

12.57 – Scientists in the US have developed an alkaline flow battery that they hope will help to tackle the tricky problem of storing energy from renewable power sources such as wind and solar. The new battery’s performance is similar to current commercial flow batteries but uses cheap and non-toxic organic molecules to store energy. By contrast, conventional flow batteries use expensive and hazardous transition metal solutes – Alkaline flow battery charges up renewable energy storage

15.28 – Scientists in the US have for the first time made a solar energy collector using carbon nanotubes that can directly convert optical light in to a direct current. It is hoped these optical rectennas may one day rival established technologies, such as the silicon solar cell – Carbon nanotube rectenna directly converts light into electricity

18.02 – Matt Gunther speaks to Tomas Lindahl, one of the the winners of the 2015 chemistry Nobel prize – The house that DNA built

25.14 – In Tenerife in 1977, 583 people died in a fireball that erupted as one Boeing 747 tried to take off while another was on the runway. The collision would have been survivable, says Julia Kornfield from California Institute of Technology in Pasadena, but for a killer mist of burning aviation fuel. Now, Kornfield’s team hopes to minimise damage from such tragedies using self-assembling ‘megasupramolecule’ additives that ensure that fuel mists burn cooler and for less time – Megasupramolecules promise to quell fuel explosions

28.25 – US researchers have demonstrated a one-step synthetic route to recycle urine into carbon quantum dots. These nanoparticles of carbon are very water soluble, chemically inert, and have good biocompatibility, making them of interest for bio-imaging. Generating the carbon dots from a liquid source rather than solid materials is more efficient as several processing steps can be bypassed – Urine recycled into quantum dots