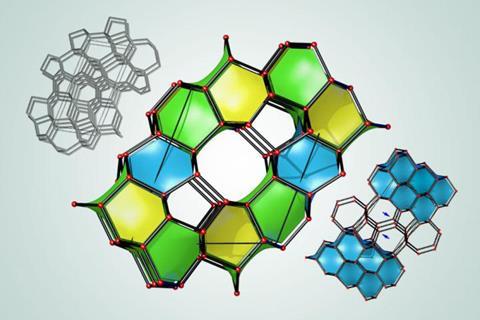 Forms of diamond continue to shine as the hardest material known – but now, a team led by Eva Zurek from University at Buffalo, US, has given the material a new cutting edge. The researchers have predicted 43 never-before identified forms of carbon, with three that may be slightly harder than single-crystal diamond.

‘When the properties of these structures are better known, they could provide interesting synthesis targets,’ Zurek tells Chemistry World. The hardest substances might mean more robust replacements for diamonds in diamond anvil cells, used in extreme high pressure experiments, for example. The other 40 could be useful for products like drills and abrasives if they prove easier to produce than diamond or boron carbide.

For Zurek, the most important finding is that the group’s new evolutionary algorithm method successfully identifies these novel potential structures. Her group had previously used their XtalOpt algorithm, which ‘breeds’ and ‘mutates’ new structures from existing ones, to identify stable structures. The breeding method cuts the fundamental unit cell elements of two different materials along a randomly-chosen plane. It then adjusts the two half-cells to fit together and create new structures. Mutations include changing individual existing unit cells’ shapes.

Previously, microscopic models have been used to predict superhard materials, Zurek explains. ‘Most of the time they work, but sometimes they don’t,’ she says. She had been drawn to the area by working with Stefan Curtarolo’s team at Duke University, US, on a database called Aflow. The database contains almost three million material structures, which researchers previously used to develop a machine learning model to predict properties of existing crystals. ‘We thought we could use the information from this machine learning model,’ Zurek explains. ‘Then, instead of only looking for the most stable structure, we could predict structures with a particular property.’

Kanani Lee from Lawrence Livermore National Laboratory, US, calls the study ‘interesting’. ‘I am not surprised to see so many new forms of carbon predicted that are superhard,’ she says. ‘It brings yet more phases of carbon into the alphabet soup that already exists, and many that could potentially be superhard.’ However she warns that efforts to form the predicted phases might be limited because the new materials could be slow to form.

Zurek reveals that her team is now starting to give experimental groups synthesis targets. ‘We propose to calculate potential synthesis routes from real starting material,’ she says.