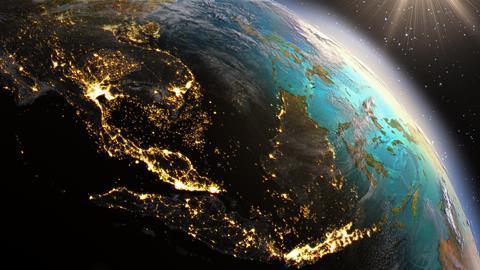 By May next year, the European Chemicals Agency (Echa) will have collected data on 25,000 substances under the Reach (registration, evaluation, authorization and restriction of chemicals) programme. That data will become ‘the most comprehensive chemicals database in the world’. The agency will then begin the arduous process of assessing each substance. It’s an impressive achievement, but it’s taken 10 years to get there. Other jurisdictions are only just beginning similar processes, particularly in Asia, where each country has a different regulatory regime, language, priority and each is at a different stage of implementation.

South Korea’s regime is closest to the EU’s. The country’s chemicals legislation (K-Reach) came into force in January 2015, partly as a response to a major chemical incident in the city of Gumi in 2012. Like EU Reach, K-Reach proposes to assess, evaluate and restrict chemicals before import, use or manufacture. It already requires all new substances to be registered before they can be introduced to the market, while existing substances will be assessed in batches. The first batch includes 510 ‘priority’ substances that the government considers to be particularly hazardous. These must be registered before July 2018. The registration process is also like the EU’s. It requires companies to elect a lead registrant and submit joint registrations, and use an online platform similar to the EU’s substance information exchange forums (Siefs).

These rules are set to change to align even more closely with those of the EU. Willi Muenninghoff, senior project manager at consultancy ReachCentrum, explains that the original plan was to draw up four separate lists of priority chemicals. Companies would have three years per list to register the substances. ‘But earlier this year, the Ministry of Environment (MoE) published a draft amendment [to K-Reach] that turns the existing regulation into a full-blown Reach regulation, with a pre-registration phase and registration requirements for all existing substances used in volumes above one tonne per year [around 7000 chemicals], with time frames based on tonnage bands.’ The changes are significant and unexpected; if they go ahead, the new system will enter force on 1 January 2018, with the pre-registration phase starting in 2019. After the announcement, industry expected that the requirement to register the 510 priority substances would be pulled, but it appears that it will remain in place. With the deadline less than a year away, only five registrations have so far been completed.

The proposals will also change the rules on ‘permissible chemicals’, which are the equivalent of the EU’s substances of very high concern (SVHCs). Companies must obtain permits to import, manufacture or use many of these substances, but not all. To identify whether a permit was required, the government issued a list of those chemicals that could be used freely, without a permit. Now, the government is changing the rules so that a permit must be obtained for all such permissible chemicals, except a new list of products specifically exempted from the permit requirement. The government says this will ‘strengthen’ the regulation, even though it adds extra responsibilities on industry.

Gathering momentum across the region …

Taiwan’s government has not selected for priority review all the ‘usual suspects’, such as bisphenol A. Instead,  it has focused on substances that pose a risk more specifically to Taiwan

Muenninghoff points to two important differences in Taiwan’s regime. ‘It will not have an Only Representative function [whereby foreign exporters can nominate a domestic company to complete the registration process] and joint submission will be possible but not mandatory,’ he says. ‘This will make it more difficult to share data with Taiwan.’

Muenninghoff adds that the draft list is interesting because the government has not selected all the ‘usual suspects’, such as bisphenol A, which has been assessed multiple times in other jurisdictions. Instead, ‘it looks like it has focused on substances that pose a risk more specifically to Taiwan’.

Current chemicals regulation in China focuses on new chemicals only. Over the last couple of years, China’s Ministry of Environmental Protection has made some efforts to tighten regulation, especially following disasters such as the Tianjin explosion in 2015. In December of that year, the National People’s Congress of China said it was considering a new law as the current framework was ‘relatively weak, especially the lack of a law to prevent environmental risks.’ While such a law has not yet been officially announced, Li Heng of law firm Mayer Brown told a Chemical Watch conference in July 2016 that the government was drafting a new law that would be considerably broader in scope and was likely to cover both new and existing hazardous substances. As yet, the government has not released any further details of these plans.

The trend for tougher legislation has trickled across southeast Asia, too. Malaysia is planning a new chemicals law and a national inventory of chemicals, while Thailand has finished compiling a preliminary inventory. It plans to assess both new and existing substances, with a focus on SVHCs, a term it has adopted from EU Reach.

In the last month, Vietnam has published a draft new chemicals law that, according to Nhat Nguyen, senior regulatory analyst at 3E Company, ‘appears to consolidate many of the regulatory requirements [that] already exist across various pieces of legislation, while strengthening the government’s control and management of chemicals.’ The final version is expected to become effective imminently.

EU data could be shared with other jurisdictions to avoid unnecessary repeat tests and additional expense. But this is not proving easy

The draft says chemicals on the ‘list requiring notification’ – and those that contain hazardous properties as classified under the Globally Harmonised System of Classification and Labelling (GHS) – will have to be declared and notified. One of the more significant changes, Nguyen notes, is GHS implementation in Vietnam. The draft states that classification for chemicals will follow the 6th revised edition (Vietnam’s GHS is currently a modified version of the 3rd revised edition). ‘While this is not a surprising development given that the UN is about to issue the 7th edition of GHS,’ Nguyen says, ‘it is noteworthy that the 2016 version of this draft decree did not include this provision.’

The government will also continue its commitment to compile a national chemicals inventory – a list of existing chemicals currently used in the country. The latest draft, issued in March this year, contains 4927 chemicals. Once finalised, the decree will have ‘little regulatory impact on the draft inventory list,’ Nguyen says, but the list of chemicals requiring declaration or notification as set out in the draft decree will be the ‘de facto’ inventory.

With a large number of Asian countries revamping their existing legislation or just starting to gather information on chemicals, using existing data should drastically reduce the amount of time it takes to register them. Data sharing is certainly a hot topic, but it is a challenge; there is no single system in use around the globe, and language and technology barriers to overcome. Japan’s contribution has been to link up with the Association of Southeast Asian Nations (Asean) to establish the Asean-Japan Chemical Safety Database (AJCSD). Takashi Fukushima of Japan’s National Institute of Technology and Evaluation (Nite), which operates the database, explains that it ‘includes chemical regulatory information, GHS classification results, risk and hazard information’ on regulations in Cambodia, Indonesia, Japan, Laos, Malaysia, Myanmar, the Philippines, Singapore, Thailand and Vietnam. The full version of the database was launched in April 2016 and feedback is so far positive, Fukushima notes, although some have ’pointed out that further clarity of regulatory requirements is needed.’

There is a general feeling in Korea that the EU is unwilling to share data, but this is not the case

And, if the EU holds the ‘most comprehensive chemicals database’, it stands to reason that this data could be shared with other jurisdictions to avoid unnecessary repeat tests and additional expense. But this is not proving easy. Muenninghoff, whose company ReachCentrum liaises with registrants in Korea and coordinates data sharing with the EU, says that there is a general feeling in Korea that the EU is unwilling to share data, but this is not the case. The advantage for Korea is that it saves them time and money. K-Reach requires companies to test for 47 different ‘data requirements’ or ‘endpoints’ to complete a registration. A data requirement might test for whether the substance is toxic to fish, a skin sensitiser or an endocrine disruptor; to determine each of these might require multiple and/or elaborate tests. To compile 47 of these costs around €3 million (£2.7 million). But sharing data is also helpful for EU registrants because, if new data becomes available somewhere around the globe, it has to be added to their own dossiers.

But, he says, the Koreans have underestimated the effort on the EU side to get that data sharing in place. ‘It’s not a case of sharing data one-to-one. It’s not one specific study – you have a huge number of stakeholders involved,’ he explains. The required data may exist in Reach, but belongs to whichever company submitted it. Korean registrants would need to identify and establish data sharing agreements with, in a worst case scenario, 47 different partners.

Another challenge is deciding exactly what data to share and the cost to buy it. Initially, the Koreans said they only wanted one study per endpoint as required under K-Reach, Muenninghoff says. But now a number of registrants are requesting the full EU Reach chemical safety report (CSR), which contains considerably more information. This is because EU Reach requires companies to test 88 endpoints to complete a registration. Sharing of the data contained in EU CSRs has not even been properly discussed yet within the EU and might lead to additional data sharing agreements. The time, effort and coordination this takes should not be underestimated, Muenninghoff says.