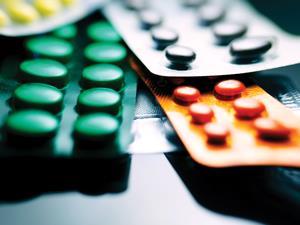 President Obama has made a huge investment in the fight against antibiotic resistant bacteria. In his forthcoming budget proposal for 2016, released next week, Obama intends to nearly double the amount of funding to combat antibiotic resistance to more than $1.2 billion (£796 million).

The lion’s share of the money – almost $1 billion – will go to the US Department of Health and Human Services (HHS). This money will be divided up among the HHS’s divisions, including more than $650 million to the National Institutes of Health (NIH) and the Biomedical Advanced Research and Development Authority (BARDA). The extra HHS funds will be used to expand the development of rapid diagnostics to identify which bacterium a patient has and to launch a large scale effort to characterise drug resistance.

The US Centers for Disease Control and Prevention (CDC) will receive more than $280 million to support antibiotic stewardship, outbreak surveillance and resistance monitoring. In addition, the evaluation of new antibacterial drugs and diagnostics for antibiotic resistant organisms will be supported with $47 million for the US Food and Drug Administration (FDA).

Beyond the HHS, the administration will almost quadruple funding for the US Department of Agriculture’s efforts to tackle antimicrobial resistance. This cash injection will support the agency’s work to reduce farmyard antibiotic use. Additionally, the White House said the FDA will continue to support the phasing out of medically important antibiotics in livestock, and accelerate the evaluation of new antibacterial drugs and diagnostics for antibiotic resistant bacteria.

The administration has also warned that the current pipeline of antibiotics in development is inadequate, and commercial interest in antibiotic development remains limited. It has called for the development of new antibiotics to address bacterial resistance.

The NIH will receive an additional $100 million to help develop an antibacterial resistance clinical trial network to ensure that new drugs to treat multi-drug resistant bacteria are tested more quickly. In addition, BARDA will get an extra $100 million to develop new antibiotic therapies and diagnostics.

Kim Lewis, who directs the antimicrobial discovery centre at Northeastern University, US, agrees that efforts to combat antibacterial resistance are badly in need of more resources. However, he says that the administration should have explicitly earmarked more funds for the discovery of new antibiotics, but did not.

‘That is a pity, because other countries are ahead in terms of a large investment in expertise in the field,’ Lewis states. He expresses concern about the lack of good lead molecules and adds that more basic science is needed to address gaps in knowledge that prevent the rapid development of new antibiotics.

The UK House of Commons science and technology committee recently issued a report warning about the problem of inappropriate prescription of antibiotics. It recommended that the UK government should set clear responsibilities at all levels of the NHS and veterinary medicine to achieve better stewardship of antimicrobial drugs. That report came just days after Prime Minister David Cameron called for global action to tackle the growing threat of antibiotic resistance.

Back in April, the World Health Organization (WHO) issued a report describing the worldwide threat posed by antibiotic resistance. It concluded that ‘urgent, coordinated action’ is needed by countries, health services and other parties in order to stop the world entering a ‘post-antibiotic era’ in which common infections and minor injuries, which have been treatable for decades, can once again kill. Another recent report concluded that over the next 35 years, 300 million people will die if no action is taken on antimicrobial resistance and the world’s GDP will be 2 to 3.5% lower than it would otherwise be.