Call for new models to pay for antibiotics 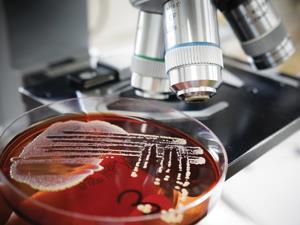 Antibiotic resistant bacteria is an increasing problem around the world

The world has repeatedly been told it is facing an antibiotic ‘apocalypse’ where commonplace infections could become deadly once more, thanks to the rise of resistant ‘superbugs’. But if drug companies are to deliver the desperately needed new antibiotics, then governments will need to think seriously about changing the way they pay for the drugs. That’s the conclusion of a report from the UK House of Commons science and technology committee.

The report comes hot on the heels of Prime Minister David Cameron’s call for global action on antibiotic resistance earlier this month. Cameron announced that he had commissioned a review of the economic issues surrounding antimicrobial resistance, which will be led by renowned economist Jim O’Neil and co-funded by the Welcome Trust.

Learned societies broadly welcomed the report. Anne Horan, from the Royal Society of Chemistry, said: ‘Addressing antimicrobial resistance requires long-term, sustainable investment and widespread collaboration across a range of sectors and disciplines, and so we are particularly pleased to see the Commons science and technology committee including our evidence for public–private partnerships as one mechanism to fund antimicrobial research.

‘We also welcome the committee’s call to include industry and learned societies within the government’s high level steering group, recognising the need to bring together the entire antimicrobial research community – from researchers in universities to large pharmaceutical companies and from small and medium-sized enterprises to governments.’

No new class of antibiotics has come to market for more than 25 years and the Association of the British Pharmaceutical Industry (ABPI) told the committee part of the reason was that companies were reluctant to invest in antibiotic R&D because returns were ‘significantly lower’ than for other areas. New antibiotics are often used sparingly and as a last resort, in contrast to other drugs where resistance isn’t a threat. The committee also heard that antibiotics were cheap, less than £100, compared to other drugs. And antibiotics have a shorter working life, as resistance can develop rapidly.

The committee concluded that the ability for companies to re-coup costs ‘has been hampered by a global market that fails to provide financial incentives’. The report urges government to investigate alternative ways of pricing antibiotics and incentivising their development. ‘The life sciences sector must be encouraged to re-engage in this field before the pipeline of antibiotics runs dry,’ the report noted.

However, the ABPI expressed concern about potential delays, as the O’Neil’s review is expected to take nearly two years, it said in a statement. The association said ‘this must not delay urgent work on a new economic model which could be agreed with the pharmaceutical industry sooner’.

The committee heard a range of ideas to deal with market failures. GlaxoSmithKline (GSK) argued for a reimbursement mechanism that did not rely on sales volume to reward innovation. ‘Simply having a higher price for [antibiotics] does not help to predict the revenue that encourages you to make the investment,’ James Anderson, European partnerships director of GSK, told the committee.

The ABPI presented a range of models to decouple sales volume and returns, including premium type arrangements, the upfront purchase of novel antibiotics by national governments upon successful regulatory approval, or licence fee models agreed at a national level.

‘The track record for incentivising antibiotic development is poor,’ says Sharon Peacock, clinical microbiologist at the University of Cambridge, UK. ‘They do not have the same financial value as other life-saving drugs such as those used to treat cancer. We need alternative pricing mechanisms and incentives to facilitate the development of new antimicrobial drugs.’ She welcomes the report’s recognition of this issue.

The committee also concluded that the government was not tracking the movement of antibiotic resistance from pathogenic bacteria in animals to those that affect humans. Public awareness of how to use antibiotics responsibility was identified as another vital plank in prolonging the life of current antibiotics. Presently, there is also a lack of data on post-prescription behaviour that needs to be addressed.

Peacock praises the report for bringing numerous relevant issues into the one document. ‘This is a global problem, but the UK could lead by example and adopt best practice. There is also a need for evidence for interventions that can be shown to work,’ she says.

Epidemiologist David Heymann at the London School of Hygiene & Tropical Medicine in the UK observes that at present it is in the interests of industry to sell as many new antibiotics as possible because sales help pay for R&D. ‘But the more [an antibiotic] is used, even if it is proper use, the faster the evolution of resistance will occur,’ he says. ‘Also we can’t put all our eggs into the one basket. We have to also look at vaccines, for example, because they prevent infections.’