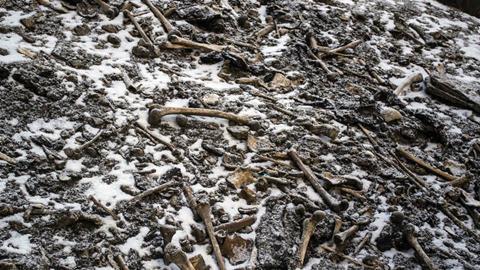 Researchers have put to bed a theory that skeletal remains from several hundred people surrounding a Himalayan lake in India were the result of a single catastrophic event. Rather, the skeletons were deposited up to 1000 years apart. And some may be the remains of travellers from the Mediterranean.

Roopkund is a small, shallow lake in the Himalayan mountains, 5029m above sea level, and is best known for the several hundred human skeletons of unknown origin that litter the lakebed and surrounding shore.

‘Roopkund Lake is one of several sites in the Himalayas that hold religious and mythological significance in the Indian subcontinent and beyond,’ says Ayushi Nayak, an archaeologist at the Max Planck Institute for the Science of Human History in Germany. ‘There is potential for using multi-disciplinary approaches, as we have done, to gain a better understanding of the religious landscape that the Himalayas are. There have been historical and anthropological studies of this, but archaeological sciences can play an important role in adding a new dimension to such considerations.’

Local folklore claims the skeletons are that of a royal entourage, who were struck down by the mountain goddess. More recently, some have theorised that the bodies were left there after a disease epidemic, while others have suggested they are the remains of an army or group of merchants who were caught in a vicious hailstorm. Earlier work appeared to confirm this theory, when the team identified unhealed compression fractures on some of the remains that could have been caused by large hailstones.

One feature consistent in all theories, however, is the assumption that all the remains were deposited following a single, catastrophic event. Now, an international team in the US and India has used a combination of genome-wide DNA testing of 1.2 million variants, stable isotope dietary reconstruction, and radiocarbon dating to identify three distinct groups within the remains of 38 individuals. 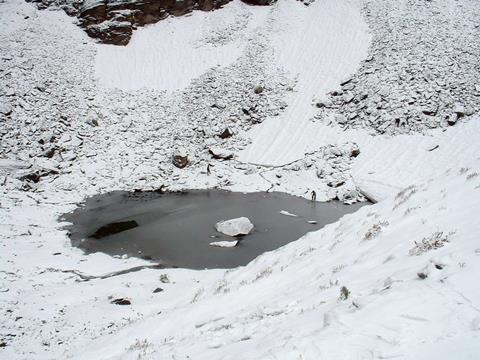 Group A was the largest, with 23 individuals, and expressed genetic variations consistent with populations in South Asia (India, Pakistan, Nepal, Bhutan and Bangladesh). Group B was made up of 14 individuals with Mediterranean origins, with particular links to the present-day population of Crete. Group C consisted of only a single individual, who couldn’t be modelled to an exact population but is thought to have been of East or Southeast Asian descent. Notably, none of the individuals tested were found to be linked to residents of the Ladakh region in which Roopkund Lake sits.

Dietary carbon and nitrogen isotope analysis helped to confirm these distinct groups. Using femur bone collagen, which can reveal an individual’s diet in the last 10–20 years of life, the team observed Group B and C samples reflected consistent consumption of plants such as barley, wheat and rice. In contrast, data from Group A included data indicating a diet that involved animals foddered on millet, a practice used widely in South Asia.

Radiocarbon dating was then used to determine the age of the remains. Group A was found to be significantly older, dating back to between the 7th and 10th centuries CE, while Groups B and C both originated between the 17th and 20th centuries CE. The team also noted that while it appears Group B originated from a single event, Group A seems to have arrived over the course of several centuries.

There were several other notable findings that suggest possible origins for the skeletons. For example, 15 skeletons involved in the study are the remains of women, making it unlikely they were part of a military expedition. There was also an absence of pathogenic DNA that indicated the deaths were not caused by a disease epidemic, though this may have been due to limited detection sensitivity. Interestingly, the study did not find any familial connections between the samples, reducing the likelihood that they were travelling families.

It’s still unclear how the skeletons came to be at the lake. It is not part of any major trade route, but it is reasonably close to a Hindu pilgrimage thought to date back to at least the 8th century. The team theorised that this may have been what drew Groups A and C to the lake, although it’s unlikely to have influenced Group B’s presence, as Hinduism was only minimally practiced in Western Eurasia at the time they are thought to have died. 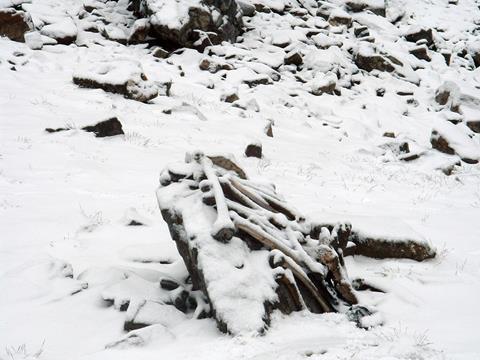 ‘Hopefully this study represents the first of many studies of the history of Roopkund Lake, as we have found that Roopkund Lake has a much more complex past than we ever imagined,’ says Eadaoin Harney from Harvard University in the US, who also worked on the research. ‘I think that archival research and the study of local oral traditions will likely be the key to determining what brought so many travellers to Roopkund Lake. Guided by the information that we present about the ancestry and timing of these individuals, it may be possible to find records of these journeys to Roopkund Lake.’

‘From my point of view, the strength of this study is its multidisciplinary angle, combining historical records, archaeology and hard sciences,’ comments Eva Fernandez-Dominguez, director of the ancient DNA laboratory at Durham University, UK. ‘As a palaeogeneticist, I am impressed by the detail and quality of the ancient DNA analyses performed over these skeletons, covering ancestry, kinship and also screening for the presence of pathogen DNA. The use of stable isotopes of mobility – strontium and oxygen – was however not attained. As these could potentially inform us about the places where these individuals grew up, this could be an interesting avenue of research to follow in the future.’