2018 was a record year for biotechnology companies launching on global stock markets. For the first time, biotech initial public offerings (IPOs) raised over $8 billion (£6.2 billion), including RNA interference firm Moderna, which floated for $604 million in December, the largest IPO in history for a venture-backed US biotech company. 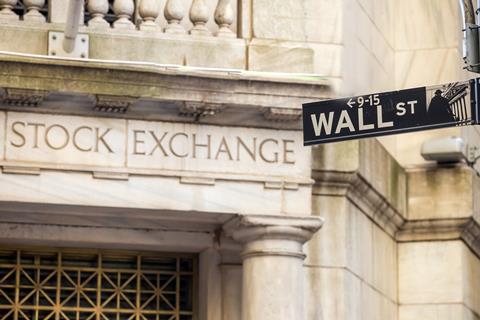 The surge of IPOs is underpinned by years of venture capital backing early-stage companies. Biotechs that went public in 2018 had already raised over $11 billion in financing beforehand. Moderna alone raised at least $1.8 billion since 2010.

Analysts say venture capitalists saw an opportunity to capitalise on their investments, as stock markets ticked steadily upwards and the XBI biotech index doubled between January 2016 and August 2018. Public investors did not want to miss the rising tide.

‘Part of it was investor appetite for biotechs. We were in that part of the cycle. People were willing to buy risky assets,’ says market analyst Max Jacobs at Edison. ‘Venture capitalists were cramming as many companies as possible through.’ Remarkably, many biotechs that floated did not have drug candidates even close to market.

In 2018, ten companies whose lead products had not yet reached the clinic together raised nearly $1.3 billion in IPO financing1. Jacobs points to Moderna and Rubius as companies at a very early stage that floated for high values. ‘Public investors were willing to buy them, and VCs were willing to sell,’ says Jacobs.

One difficult, if not impossible, task is to value a company with no revenue or no marketable product to speak of, which is often the case in youthful biotechs. ‘There’s no price earnings or sales figures even. You can’t even make comparisons across history or to other sectors,’ says Jacobs. ‘What’s a biotech worth? Is it five billion, or ten billion, who knows?’

‘Our healthcare system in the US is predicated on innovation and groundbreaking stuff. At the end of the day, people bet on not the current value, but the potential value of success,’ says Brozak. This potential is accompanied by significant risks: the share prices of around a quarter of the 70 or so biotech companies with IPOs in 2018 are down by around 50%. ‘Biotechs get as close to science as you can get sometimes, in that scientific discovery is wonderfully random,’ says Brozak. ‘It’s a hit and miss endeavour, and there are obviously far more misses.’

Another factor pushing venture capital investments, and perhaps IPO enthusiasm, are the premium prices paid by big companies when acquiring smaller firms. ‘Some of the increases in valuations could be driven by the willingness and interest of big pharma in acquiring early stage companies,’ says regulations and therapeutics expert Jonathan Darrow at Harvard Medical School, with the big companies increasingly relying on acquisitions to replenish their drug pipelines.

Darrow puts the biotech flourish partly down to a scientific dividend from the human genome project in 2003, and advances thereafter in cell and gene therapy. Some of the new publicly listed companies boast entirely new forms of treatment that could revolutionise medicines.

Moderna is developing treatments and vaccines that use messenger RNA, the intermediate in the translation process of DNA into proteins. Moderna’s most advanced programmes are in phase I clinical trials, and include Zika, cytomegalovirus and influenza vaccines, as well as solid tumour vaccines and cancer therapeutics.

Allogene is working on chimeric antigen receptor T-cell (CAR-T) treatments, with the most advanced in phase I for refractory acute lymphoblastic leukemia. Meanwhile, Orchard is advancing gene therapy for rare childhood diseases. This includes Strimvelis (acquired from GlaxoSmithKline), the first ex vivo stem cell gene therapy approved by the European Medicines Agency. The promise such companies offer is not so much a single blockbuster, but a platform and new strategy for tackling many diseases.

There are other reasons for optimism in biotech profitability. Efforts by the US Congress and Food and Drug Administration (FDA) to increase the flexibility and drug approval process also boosts companies’ potential profitability and hence valuations. ‘Lowering the total length of approval means that total costs should be lower, and revenue can be generated earlier, so these things can help make entering the pharmaceutical market more attractive,’ says Darrow.

The biotech market started to slow in the latter half of 2018, but optimists suggest the cash raised in 2018 is capable of fuelling the engines of drug discovery and development for years to come.