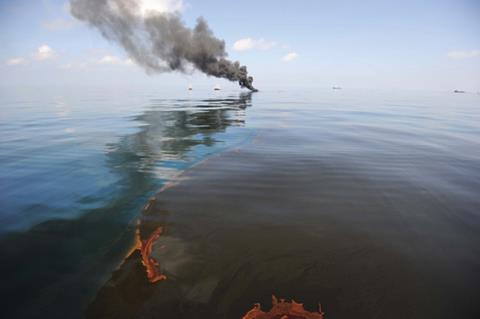 A US district court judge has ruled that BP spilled less oil into the Gulf of Mexico after the Deepwater Horizon oil rig explosion in April 2010 than the US government claimed. The judge also ruled that company was not grossly negligent in its response to the disaster. This decision likely means BP’s maximum fine falls from $18 billion (£12 billion) to $13.7 billion.

Judge Carl Barbierdetermined that the Deepwater Horizon rig explosion off the coast of Louisiana, which killed 11 workers, resulted in the release of 3.19 million barrels of oil. The figure is lower than the 4.2 million barrels quoted by the US Justice Department, but higher than BP’s estimate of 2.45 million barrels.

‘BP was not grossly negligent, reckless, wilful, or wanton in its source control planning and preparation,’ the judge ruled. ‘It has not been shown that BP’s flow rate misrepresentations delayed the capping of the well or otherwise adversely affected source control.’ He also said BP’s post blowout source control decisions and actions were not shown to be unreasonable.

Back in September, Barbier concluded that two-thirds of the blame for the disaster could be laid at BP’s door, and that the oil spill resulted from the company’s ‘gross negligence or wilful misconduct’. That finding had raised the potential penalties that the company could face under the Clean Water Act to $4300 per barrel, and it meant that BP could be charged with $18 billion in new civil penalties.

‘The judge now has limited BP’s exposure to something that it can live with,’ says David Berg, a trial attorney in Houston, Texas tracking the case.

In response to the Barbier’s 15 January ruling, BP said it believes that considering all of the evidence and factors together ‘weighs in favour of a penalty at the lower end of the statutory range’.

The final phase of the civil trial began on 20 January when Barbier convened a hearing to determine the exact fine that BP will have to pay per barrel of oil spilled. That trial, which will not have jury, is expected to last three weeks.

‘I wouldn’t be surprised, after the evidence is developed for a few days, if the case doesn’t settle somewhere between $8 billion and $10 billion – maybe less, but not more,’ Berg tells Chemistry World

He notes that Barbier asked government representatives at the 20 January opening of the trial whether BP could pay the fine over a number of years, and that that idea was rejected. ‘That was a very telling question,’ Berg says. ‘That answer has got to have an impact on the judge, and tell the government that they had better reduce their demand.’ A settlement is now inevitable because any appeal would be ‘fruitless’, Berg adds, noting that there is no way to reverse the decision of a judge sitting alone, unless he totally disregards the law.