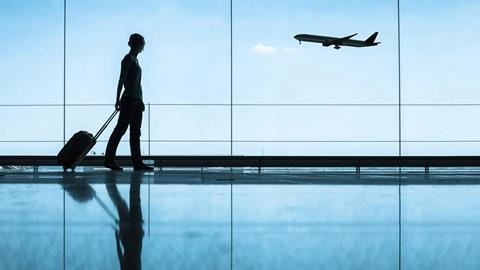 A study of the movement of highly-skilled labour across Europe suggests that a ‘hard Brexit’ could have an enormous impact on UK science.1

Open borders have lured hundreds of thousands of career-minded individuals to relocate within Europe since 2004. This movement of professionals from east to west, from poorer countries to richer, was particularly beneficial for Germany and the UK, the study shows. ‘In science and technology, the role of the UK scientific institutions, as well as the power of German industry, is a big attractor for people,’ says study author Michelangelo Puliga at IMT Lucca School in Italy.

Migration of skilled professionals was compared before and after 2004, when 13 mostly eastern European countries joined the EU. The study looked at around 382,000 individuals from five professional groups, including science and engineering.

A net loss of human capital from east to west represented 29% of total movement after 2004. There was a counter-current of 7%, which signals the emergence of a brain circulation within the EU, say the authors. Medical professionals accounted for most of the total flow, followed by the education sector. The study also simulated the effects of Brexit on the flow of skilled professionals with several scenarios, ranging from a hard Brexit with no new EU nationals admitted to the UK, to a soft Brexit with a reduction of a few percent.

The authors pointed to the 2014 Swiss referendum as an illustration of the possible consequences of Brexit. ‘The EU institutions believe that the freedom of movement for people is a fundamental requirement to participate in common projects or sharing grants in scientific projects,’ notes Puliga. ‘Brexit, especially a hard Brexit, will menace the ability of the British scientific agencies to participate in European projects, as well as the willingness of EU nationals to involve British partners.’

In the simulated hard Brexit scenario, the high-skilled community from southern Europe that mostly went to the UK between 2004 and 2014 would be more likely move to a north European cluster of France, Belgium and the Netherlands.

‘The finding that the UK and Germany are the most central is perhaps not surprising, but they use a pretty nifty method to show this,’ says Cornelia Lawson at the University of Bath, UK. ‘What is new is their network approach. They use their data to tell us about mobility networks between EU countries and about the relative centrality of these countries.’ She adds that the other significant point is the Brexit predictions which indicate where ‘migration streams that currently arrive into the UK could go in the future’.

‘The authors make use of different, quite sophisticated analytical tools to represent the evolution during the past years of the inter-country flows of high-skilled migrants,’ notes Giuseppe Scellato, economist in the Department of Management and Production Engineering, Polytechnic University of Turin in Italy. He highlights a key finding in his own survey of research scientists in 16 countries.2 ‘Immigrant scientists tend to outperform their native colleagues in the destination country and they contribute to the international reach of the scientific systems of the destination country. Clearly Brexit raises serious concerns not only in terms of future access to research funding but mostly in terms of capability to attract and retain high skilled workforce in science and technology.’