As the election approaches, the two main parties have both promised to increase R&D to 3% of GDP, although only the Labour party has specified a timeframe. It’s the first time both major parties have committed to such a huge increase in funding in their manifestos and would translate to billions more for science and technology. The total public and private investment in R&D in the UK currently stands at 1.7% of GDP. 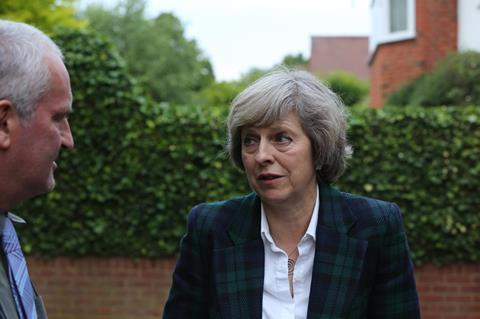 The UK prime minister Theresa May has been out on the campaign trail for the forthcoming general election on 8 June. Both the Conservatives and Labour are in agreement on increasing spending on R&D

The Conservative party pledges in its manifesto to meet the current Organisation of Economic Co-operation and Development (OECD) countries’ average investment in R&D of 2.4% within 10 years, with a longer-term goal of 3%. It also states that it would increase the number of scientists in the UK but without any detail. The National Productivity Infrastructure Fund, worth £23 billion over five years – with R&D to get £4.7 billion – as outlined in the autumn statement, remains policy.

Labour, while committing to investment in research, doesn’t give any detail on how this would be achieved apart from promising to meet the OECD target of 3% of GDP by 2030. The phrase ‘extra research investment’ is mentioned later but there is no detail on costings. Labour also announced a £250 billion ‘National Transformation Fund’ that would provide investment for infrastructure over 10 years, including funding for transport, energy and research. The big pledge for higher education is to abolish tuition fees, even for students starting this autumn.

Post-Brexit, Labour and the Liberal Democrats say they would seek to retain access to Horizon 2020 and future EU framework programmes, but the Conservatives only state that the UK would seek to ‘continue to collaborate with the EU on science and innovation’. Access to the student exchange programme Erasmus+ is also prioritised by both Labour and the Liberal Democrats. On negotiating Brexit, Labour would scrap the Tory Great Repeal Bill and replace it with ‘fresh negotiating priorities’, but it’s unclear if science would be one of these. Its new bill would commit to retaining the same environmental protections the UK currently has.

On immigration, the Conservatives reiterate the goal of reducing net migration to the tens of thousands, stating explicitly that overseas students would not be excluded from this target. In contrast, both Labour and the Liberal Democrats want international students treated as temporary UK visitors. The Tories would ‘always ensure’ that UK universities can attract international students, but would introduce tougher student visa requirements and restrictions on working after their studies ended.

Nicola Dandridge, chief executive of Universities UK (UUK), welcomed both main parties’ commitment to increase spending on R&D. However, she warns the government that its talk of toughening the visa requirements for students may send ‘a negative message to genuine international students’. UUK has repeatedly called for the government to secure the rights of EU nationals working in universities at the earliest opportunity. It points out that the Liberal Democrats, Labour and smaller parties like Plaid Cymru have pledged to do this unilaterally, while the Conservatives have repeated their commitment of only doing this once the rights of UK citizens in other EU member states have been secured.

Mike Galsworthy, programme director for campaign group Scientists for EU, says: ‘Finally, all the main parties get that we need to increase R&D spending – and they get that 3% is the target figure. This is a big step up from the general election of 2015 where science didn’t feature. I think the referendum really helped push that onto the agenda.’

However, Galsworthy is also concerned that the Tory party’s drive to reduce immigration will hurt highly skilled researchers. ‘[Skilled workers] are leaving now – and not coming in – just over the lack of guarantees and philosophical objections to Brexit. So the Tory Manifesto is a killer for the import of high-skill talent.’ The other issue is including students in the immigration quota, which nobody except Theresa May wants, says Galsworthy. ‘This cripples UK higher education – the jewel of long-term soft power for “Global Britain”.’

Science and innovation must be a negotiating priority for the new UK government, says Jo Reynolds, director of science policy at the Royal Society of Chemistry, because they underpin the economic growth that so many parties have pledged to deliver. ‘As soon as the new government is formed, the RSC will work with our partners and use evidence from our community to demonstrate what is needed for the UK to continue to be a global leader and partner in science and innovation – we will continue to ensure that the voice of science is heard by policymakers.’