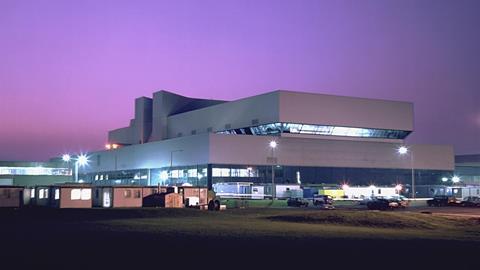 The UK government has confirmed that leaving the EU will also mean leaving the European Atomic Energy Community (Euratom), an organisation set up to ensure nuclear technology is used safely and peacefully in Europe. Scientists are warning this may damage international plans for research and industry.

The move was quietly announced last week in the explanatory notes published alongside the bill to trigger Article 50, although the government has provided little detail on how exactly the process will be managed.

There are concerns that leaving will seriously hamper the UK’s role in international projects – for example the UK’s Joint European Torus (JET) fusion facility, which receives €56 million (£48 million) in funding every year from Euratom, and is the focus of collaborations between 350 scientists.

The campaign group Scientists for EU tweeted that leaving Euratom would be a ‘lose–lose’ for nuclear energy and research in the UK and EU and had happened ‘without discussion or analysis’.

Prospect union, which represents around 50,000 scientists and engineers, said jobs may be at risk if funding for international projects could not be maintained. Deputy general secretary Sue Ferns said in a statement that ‘jeopardising years of knowledge and the UK’s position at the forefront of this technology is ill-informed, irresponsible and unnecessary’.

‘Nuclear fusion research in the UK is very dependent on membership of Euratom, both through funding and research collaborations,’ she added. ‘Programmes like [JET] are just not scaleable to a national level.’

It is also possible that nuclear power initiatives, such as the planned power station at Hinkley Point in Somerset, might be held up as safety inspections may now have to be handled by the UK’s Office for Nuclear Responsibility or the International Atomic Energy Agency. ‘The UK nuclear industry has made it crystal clear to the government that our preferred position is to maintain membership of Euratom,’ says Tom Greatrex, chief executive of the UK Nuclear Industry Association. ‘The ease of movement of nuclear goods, people and services enables new build, decommissioning, R&D and other programmes of work to continue without interruption.’

It is possible that post-Brexit the UK may seek to enter into a separate agreement with Euratom as a ‘third country’, which is the case with other countries including the US. If this is to happen, Greatrex says, it is vital the government makes transitional nuclear cooperation agreements with the EU member states and other countries, and ‘the UK should remain a member of Euratom until these arrangements are put in place’.

The bill on Article 50 is due to be debated in parliament today.