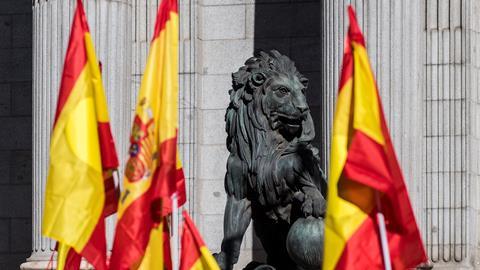 The collective Spanish scientific community held its breath at the start of April. The government was all set to unveil its budget and, for the first time since the financial crisis a decade ago, it could herald increased R&D funding in real terms. And that’s exactly what happened. This year, the budget – if approved – will allocate an extra 8.3% to science (6.8% taking inflation into account). The vote to approve the budget is expected in May.

But even this good news has been met with scepticism by some researchers. Yes, it’s definitely good news, but not the end of the story, says Nazario Martín, a carbon nanostructure researcher at the Complutense University of Madrid and president of the Confederation of Spanish Scientific Societies. ‘I’m optimistic, but just because I must. If things get any worse, the whole system will collapse,’ he tells Chemistry World.

Martín is referring to the long ‘crossing the desert’ years for Spanish science since 2009, when R&D funding started drying up. In the 2017 budget, only 1.19% of public spending went to research, down from 1.5% in 2008 and far from the European average of around 2% of GDP. This funding crisis is one factor in Spain’s ‘brain drain’, which has seen around 12,000 researchers leave between 2010 and 2015.

‘This could be a turning point,’ says Martín, who argues that talk of a recovery is still a long way off. ‘We come from such a recession that, to be back at the level we were before, we would need to see this kind of budget increase yearly, for the next decade.’ Martín also pointed out that around 40% of the extra research funding is for military projects.

But Spanish scientists are not only concerned by how much funding will be allocated to research. They are sceptical that the larger part of this money will ever materialise. Red tape and spending rules put in place by the government since the start of the crisis have constrained their work, often making it impossible to complete projects in time.

Marina Albentosa, a researcher at the Spanish Oceanographic Institute in Murcia, has seen the effects of these new laws and regulations first hand. ‘Even if you have the money, even if you get a project, any expense such as purchases or hiring carries such a convoluted proceeding that you often can’t execute the budget,’ she says. ‘Sometimes, we even have to return funds because we couldn’t manage them on time.’

One of these rules is that any expense must be approved by the tax office before the funds are allocated. Albentosa says this makes everything ‘even slower’. This rule, she says, affects even European funding, which has to be returned to Brussels if it is not spent in time. Many of these rules, imposed by the central government, are not sensitive to the nature of scientific research, she adds.

A spokesman from the economics ministry, which is in charge of science, says that the government is aware of the delays caused by the rules. He said that the new budget includes a clause that would allow the cabinet to selectively lift this imposition, replacing it with other financial controls.