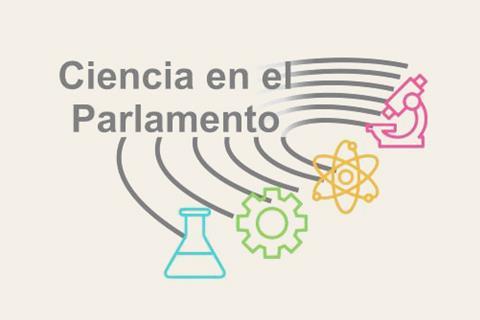 The Spanish parliament has signed an agreement with the Spanish Foundation for Science and Technology (FECYT) to launch a new science and technology office. This new body crystallises over three years of lobbying by researchers, showcasing the power of citizen-driven initiatives to trigger real political change. Like the Parliamentary Office of Science and Technology in the UK, the new Spanish parliamentary office will draft independent, evidence-based reports to advise politicians and inform the general public on relevant scientific matters.

‘It all started with a tweet,’ explains Eduardo Oliver, vice-president of Ciencia en el Parlamento, the independent initiative that sparked the new science office. ‘We wondered if Spain should follow other countries and establish new mechanisms to foster interactions between politicians and scientists,’ he continues. Surprisingly, that message on social media led to interesting conversations with established institutions such as Cotec – a private Spanish non-profit focused on technological innovation – and FECYT. Eventually, Oliver and colleagues organised an event in late 2018. ‘We gathered over 200 scientists and politicians, and the outcome was tremendously positive,’ he says. The MPs commissioned the first report on the opportunities on science policy strategies in Spain.

However, the initial intensity slowed down a bit – in 2019 Spain held two general elections, and soon after the new government was established the Covid-19 pandemic struck. During this time, Ciencia en el Parlamento remained active, preparing their report and organising networking and training events, among other things. Eventually, a few representatives of the initiative managed to meet parliament speaker Meritxell Batet in October 2020. Then, politicians promised to properly establish the science policy office, following similar strategies in other European countries.

The campaign finally bore fruit in March 2021. The Spanish parliament and FECYT announced an agreement to fund the office with €324,000 (£280,000) per year ‘to apply scientific evidence and data in the elaboration of public policy’. Recently, the office announced five open calls to recruit their staff, focused on science for policy and science communication. There has been a huge amount of interest from the scientific community, but also some criticism, as the advertised positions require postdoc level experience but offer low salaries. Adverts for policy advisers with a postdoc qualification at the new body, for example, list the salary as €31,000. ‘Sadly, this is the situation for most postdocs in Spain,’ says Oliver. ‘This is one of the few times a public call in Spain really values having a PhD outside of academia.’

‘I’m truly happy to see this initiative materialise,’ says Marga Gual Soler, an expert in science diplomacy and founder of Scidip.Global. ‘Establishing this type of science policy instrument is complex, as they usually require consensus amongst many different parties,’ she says. Gual Soler highlights the importance of citizen movements to push for change. ‘Spain is a pioneer in this, and it will surely inspire other countries to follow their lead.’ Indeed, this initiative has already influenced similar projects in Latin America, as well as local and regional governments within Spain.

Beyond connecting researchers and politicians, the new Spanish office aims to communicate their findings to the public – one of the new advertised positions calls for an expert in science communication and outreach. ‘This is key,’ argues Gual Soler. ‘Society needs to understand the importance of science in their daily lives, including politics.’ Oliver agrees, adding that ‘this approach will raise scientific awareness, ensuring citizens make well-informed decisions, which ultimately strengthens democracy’.