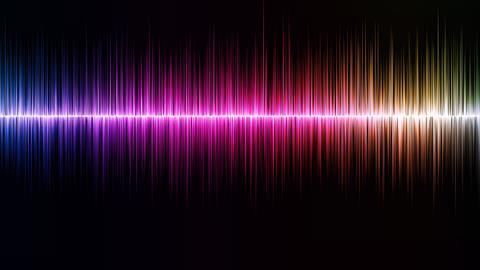 Can you hear the chemistry?

A well-trained ear can determine the concentration and pH of a strong acid just by listening, new research suggests. But fear not, you don’t have to be a piano tuner to exploit these findings.

A new method, developed by Dara Fitzpatrick from University College Cork, Ireland, and his colleagues, uses broadband acoustic resonance dissolution spectroscopy, or Bards, to track acoustic resonances in solution. The basis of this technology lies in the hot chocolate effect, also known as the allasonic effect, first described in 1982 by Frank Crawford.

To hear this effect yourself, add hot chocolate powder to hot water and give it a good stir. Now tap the mug with your spoon and note the continuously increasing pitch. Bubbles travel upwards and release gas, reducing the compressibility of the solvent and increasing the speed of sound in the liquid. Hence the increasing frequency and higher pitch. 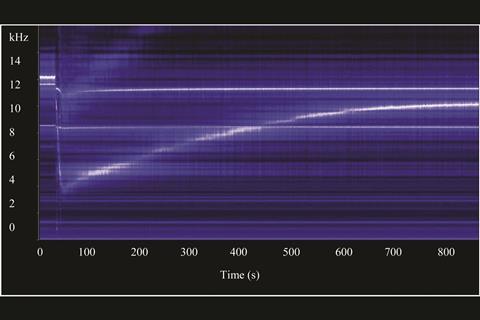 Bards profile for the stoichiometric reaction between a sodium carbonate solution and a hydrogen chloride solution. Note the frequency drop from 12 to 3kHz after the addition of reactants at 30s

Bards uses a vessel sitting on a stirrer with a magnetic follower inside. The magnetic follower taps the side of the vessel, setting up an acoustic resonance and acting in the same way as your spoon. In this study, Fitzpatrick and his colleagues added a sodium carbonate solution to a hydrogen chloride solution. The resulting reaction releases carbon dioxide, increasing the compressibility of the solution and lowering its resonance frequency. The resonance frequency slowly returns to its original value on gas release from solution. Analysing the resulting spectra allowed Fitzpatrick‘s team to quantify the volume of gas produced, which provides the acid’s concentration, and thus the pH in the case of a strong acid.

This new method determines pH without an indicator, probe or successive titres. Retired chemist Isabel Ferra, formerly of the University of Beira Interior, Portugal, whose work included pH determination methods, believes that this ‘is an innovative way of measuring pH variation in a solution’ and ‘may be the start of a new era in applications of acid–base reactions’. As the frequencies are within the frequency range of human hearing, Fitzpatrick says ‘it is within the realms of human perception.’

But pH determination is not the only useful application of Bards. Your evening beer may soon depend on it. Fitzpatrick and his team found that Bards can monitor carbon dioxide release during fermentation and hence yeast’s activity, which brewers must assess before starting a new batch. This could replace lengthy yeast viability tests.

We have understood the hot chocolate effect for decades, and although scientists are only now starting to exploit it as an analytical tool, the Bards team has already installed instruments at GSK and Pfizer.