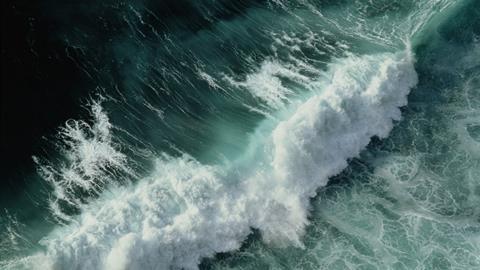 Carbon-negative concrete blocks could be made using magnesium from seawater

A magnesium-based cement produced using seawater could soak up carbon rather than emitting it like conventional cement. Although its properties make it unsuitable for reinforced concrete, the ‘carbon-negative’ cement could be used in non-reinforced materials, including concrete blocks, which comprise around 15% of all concrete applications.

Billions of tonnes of Portland cement are made each year, accounting for around 8% of global carbon dioxide emissions due to the process of heating carbon-containing limestone with fossil fuels to produce calcium oxide. Climate concerns mean efforts to find more sustainable alternatives are urgent.

Reactive magnesium oxide cements are one such low-carbon alternative that have been explored in recent years, particularly as they solidify by taking up carbon dioxide. However, such cements are usually derived from the carbon-containing mineral magnesite, which is not widely available and releases carbon dioxide in the calcination process to obtain magnesium oxide. 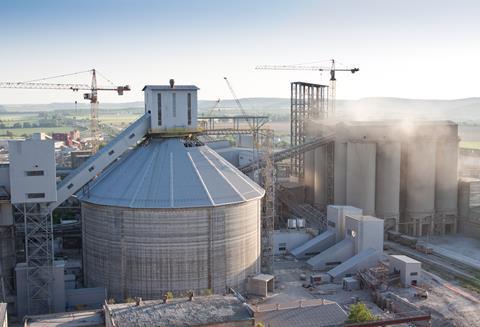 Using magnesium extracted from seawater could make cement production carbon neutral. But questions remain over whether it would be feasible to process such huge amounts of seawater

Now, Shiho Kawashima’s and Daniel Esposito’s labs at Columbia University, New York, have brought together their respective expertise in cement processing and electrochemistry to develop a magnesium cement that uses magnesium hydroxide harvested from seawater instead of magnesium oxide. This avoids the need for a carbon-releasing calcination step. The upshot is that this could potentially remove more carbon than it releases during its production.

The process relies on membrane-less electrolysers developed by Esposito’s lab that produce an acidic and an alkaline stream when seawater is passed through them. This enables precise control of pH that allows magnesium hydroxide to precipitate out. The team showed how this could be used to produce a cement that soaks up carbon dioxide in the curing process, producing solid carbonates that gain strength over time.

‘Seawater is a carbon-free raw material, and combined with carbonation curing makes it possible to reach carbon negativity if the electrochemical harvesting process is powered by renewable energy and the carbon dioxide is sourced from the atmosphere through direct air capture or from the ocean through direct ocean capture technologies,’ explains Kawashima.

‘The authors have done some really elegant process engineering work to develop a new pathway to extract magnesium from seawater in a form that might be suitable to produce cements,’ comments John Provis, who investigates cement materials at the University of Sheffield, UK.

However, materials chemist Karen Scrivener at the Swiss Federal Institute of Technology in Lausanne, has reservations. ‘The concentration of magnesium in seawater is very low, about 1300ppm, so you would need to process enormous volumes, costing orders of magnitude above current costs,’ she says. ‘Also, these potential materials have completely different chemistries from Portland cement so it would take a few decades at best to get industry standards even if you can solve the other problems.’

Kawashima acknowledges that the process faces challenges such as gaining industry acceptance but remains optimistic. ‘Industrial-scale desalination plants, electrochemical reactors and carbonation-cured concrete production facilities are already in operation today,’ she says. ‘Integrated facilities with similar sizes would be required to produce magnesium cements from seawater based on our process.’

‘I think it is inevitable, and also very desirable, that the next generation of cements will be a diverse set of materials that are each produced in smaller volumes and used in fit-for-purpose applications, rather than the current situation where Portland cement is essentially treated as a one-size-fits-all material,’ adds Provis. ‘In this context, this process could be a new tool in our attempts to decarbonise the sector.’