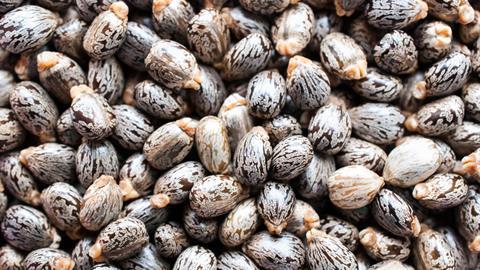 Castable polymers made from castor beans could replace conventional plastics

Super-tough materials derived from inedible plants are lightweight, renewable and strong enough to use in vehicles

A new polymer blend made from castor beans is stronger and lighter than conventional structural materials, and researchers say it could improve the safety and fuel efficiency of cars.

Castor beans are notorious for containing the poison ricin, but it’s possible to turn them into polyamide 11, a thermoplastic from the nylon family of polymers. Now, scientists from Japan have developed a super-strong polymer blend by mixing polyamide 11 with the common household plastic polypropylene, that could replace many of the plastics we use today.

The new material could be cast into car parts

‘Our material is lighter than aluminium, carbon fibre and glass composites, and strong enough to be used in a working car,’ says Jumpei Kawada from Toyota Central R&D Laboratories in Aichi. The low-density material is 10 times stronger than the plastics in car bumpers, crash boxes, door trim and outer panels, and 13 times stronger than common bioplastics.

Polyamide 11 and polypropylene are normally immiscible, but Kawada used molten blending – a solvent free process – to mix them together in varying ratios. He found that a mixture containing 60% polyamide 11 resulted in a unique salami structure, with long strands of polyamide 11 dispersed in a polypropylene matrix. Kawada says their polymer blend is injection-mouldable and foamable, so it can be cast into lightweight, impact-absorbing plastics with custom shapes and sizes. These properties are vital for cars, where safety and weight take precedence.

‘This is a very tough material with an impact strength higher than that of polycarbonate, which is widely used in many areas of industry. The salami microstructure absorbs impact energy efficiently,’ comments materials chemist Paul Attfield, from the University of Edinburgh, UK. 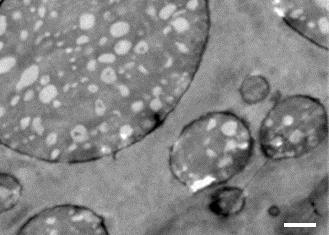 But Bill Clyne, a composite materials expert at the University of Cambridge, UK, says there are still challenges to overcome before car manufacturers could use it. ‘Although the material has high toughness values, the stiffness is low. A high stiffness is important for structural applications,’ he says. ‘Their material could be reinforced with ceramic fibres, such as carbon, which would solve the stiffness problem. It might be useful for more niche applications, where a material with a green pedigree is attractive.’

Kawada hopes his polymer blend will one day replace the plastic components in cars as a lighter, safer alternative. ‘I’d love to see a world in which no one is injured in car accidents,’ he says. ‘It’s difficult, but this is the reason we need to make progress.’