If the deal goes through, it will be the biggest acquisition of an overseas company by China, and the second biggest takeover in the chemicals sector in the past year, after the $130 billion Dow-DuPont mega-merger announced in December. 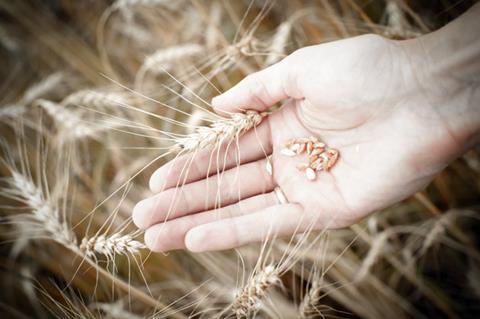 While seeds and crop chemicals may not sound like a national security concern, the Committee on Foreign Investment in the United

Syngenta’s directors unanimously support the deal, and have recommended it to shareholders. The plans would see a new 10-strong board of directors, including four of the current board, overseen by ChemChina chairman Ren Jianxin. Syngenta will, however, keep its existing management structure and headquarters in Basel, Switzerland.

‘Syngenta will remain Syngenta,’ said chairman Michel Demaré in a press statement. ‘The transaction minimises operational disruption; it is focused on growth globally, specifically in China and other emerging markets.’

The move appears to be a change of heart for Syngenta – six months ago it rejected a $47 billion takeover offer from agribusiness giant Monsanto, and announced it was selling its seeds arm – a plan which it later abandoned. Chief executive John Ramsay said the takeover will allow the company to ‘maintain and expand [its] position’ as a world leader in crop protection and seeds, and to focus on expanding its presence in China.

For ChemChina, the deal is the latest in series of acquisitions across various chemicals. The company bought Italian tyre manufacturer Pirelli last year and German firm KrausMaffei, which makes machinery for manufacturing polymers, in December. The company is one of China’s biggest state-sponsored businesses, and has grown steadily since starting life in 1984 as an industrial cleaning firm called Bluestar, set up by Jianxin with a small government loan. After acquiring over 100 domestic companies through the 1980s and 1990s, it began buying overseas firms, earning Jianxin the nickname ‘merger king’ in the Chinese media.

In a statement, Jianxin said bosses at ChemChina were ‘delighted’ with the Syngenta agreement. ‘Our vision is not confined to our mutual interests, but will also respond to and maximise the interests of farmers and consumers around the world. We … look forward to working with John Ramsay and the management and employees of Syngenta to deliver safe and reliable solutions for the continued growth in global food demand.’

The acquisition of an agrochemicals business is likely motivated by China’s desire to ensure food security, amid concerns that agricultural productivity is not keeping pace with population growth. Its purchase of Syngenta – a producer of genetically modified (GM) seeds – also hints that China is becoming more willing to embrace GM technology. The country has been reluctant to adopt GM because of public opposition, and while GMOs are used for animal feed, they are not yet grown as food crops.

‘We think this deal is a sign that the Chinese government will eventually become GMO friendly, but they want to do it on their own terms through a company that they control,’ says Jeffrey Stafford, an analyst at US firm Morningstar. ‘We have long held that China and other emerging regions would eventually embrace GMOs to increase yields and feed growing and richer populations. If China allows GMO cultivation in the country, then the degree that the market is opened to other international players will affect industry leader Monsanto and other multi-nationals.’

Not a done deal

If it goes ahead, the acquisition is expected to be completed by the end of the year. But there are several hurdles to overcome before it can be given the go-ahead. For one, at least 67% of Syngenta shareholders will need to vote to accept ChemChina’s offer. The move is also facing scrutiny from the Committee on Foreign Investment in the United States (CFIUS), which can take steps to block deals that are deemed a threat to US national security.

‘While seeds and crop chemicals may not sound like a national security concern, we note that this agency held up a sale of Philips’s lighting division to Chinese investors,’ says Stafford. He adds that the US has been protective of seed technology in the past, as demonstrated by the Federal Bureau of Investigation’s efforts to prevent Chinese nationals leaving the US with seeds. As Syngenta owns many seed-based patents, this could be a potential sticking point. Regulators in Europe are also expected to take a close look at the takeover.

All things considered, Stafford says, ‘We think there is a 50% chance the deal will close.’ ChemChina has said, however, that it is ‘confident’ the deal will receive regulatory approval.