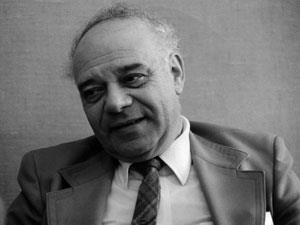 Jerome Karle, joint winner of the 1985 Nobel prize in chemistry with Herbert Hauptman for their work on crystal structure determination, has died aged 94.

Karle was born in New York in 1918 and completed a PhD in physical chemistry with Lawrence Brockway at the University of Michigan. Here he met his future wife Isabella Lugoski, who also completed her PhD in Brockway’s lab.

After both working on the Manhattan Project, the couple moved to the Naval Research Laboratory in Washington, DC, where they worked on diffraction analysis and, with Hauptman, developed the mathematical tools that allow chemists to perform direct analysis of crystal structures using x-ray diffraction.

Famously, Karle was on a transatlantic flight when news came through of his Nobel prize win. The captain of the plane announced the good news to the passengers saying: ‘We are honoured to have flying with us today America’s newest Nobel prize winner, and he doesn’t even know it. In fact, the award is so new that Dr Jerome Karle, located in seat 29C, left Munich this morning before he could be notified.’

Karle, who died of liver cancer on 6 June, continued to work at the Naval Research Laboratory until he retired in 2009. He is survived by his wife and three daughters.