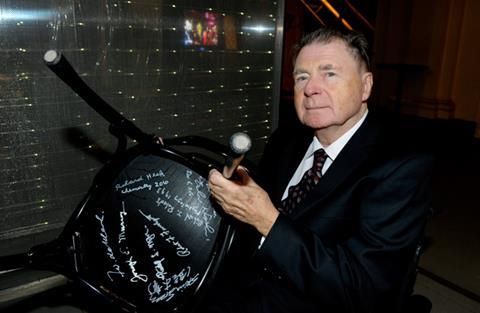 The Heck reaction, which he designed in the late 1960s and early 70s, uses palladium to catalyse the coupling of an alkene with an aryl halide. This revolutionised the chemistry of carbon-carbon bond formation and is today used in the synthesis of a huge variety of chemicals, from pharmaceuticals to novel materials.

Heck was born in 1931 in Springfield, Massachusetts, US. He gained a bachelor’s degree and later a PhD in physical organic chemistry at the University of California, Los Angeles (UCLA). Heck started working for the Hercules Powder Corporation in Wilmington, Delaware in 1956, where he began investigating the mechanisms of transition metal catalysis and working with palladium compounds that were poorly understood at the time.

During his time at Hercules, Heck developed an unprecedented reaction – the arylation of olefins – by coupling olefins to organomercury compounds, using palladium as a catalyst. Later, at the University of Delaware, where he took up a faculty position in 1971, he began to use less toxic organohalides in place of organomercury. The reactions he designed have become an important tool for organic chemists in academia and industry.

‘The Heck reaction is now generally regarded as one of the most useful organic reactions ever discovered,’ former University of Delaware colleague John Burmeister said in a statement. He remembers Heck as ‘quiet and unassuming — indeed, somewhat shy’. ‘His teaching style was straightforward and noncharismatic.’

‘However, in the organic research laboratory, he was a giant, a lion, a genius.’