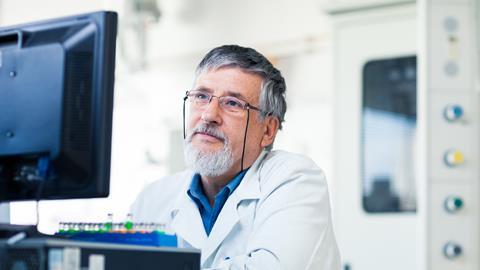 Researchers are voicing concerns over a move that may affect many 3D visualisation programs that are commonly used in computational research.

Apple’s Macintosh operating systems (macOS) is set to end support for OpenGL, the programming interface frequently used to display 3D graphics in medical and scientific visualisation software, which has existed since 1992. Nearly all open source and commercial chemistry visualisation programs that are used to display atoms, molecules, bonds and protein ribbons – such as Mercury, VMD and PyMOL – use the system.

One key benefit of using OpenGL is that it works on all types of operating system including Windows, macOS and Linux, as well as iPhones, iPads and Android devices. ‘As someone who has spent most of his career developing open source, cross-platform code I find the development to be extremely disappointing,’ says Marcus Hanwell, technical leader at the software firm Kitware in New York, who co-developed the molecule editor and visualiser Avogadro.

Geoffrey Hutchison, a materials chemist at the University of Pittsburgh in Pennsylvania, US, agrees. ‘I would guess that a large percentage of chemistry visualisation uses OpenGL code, particularly programs that run on more than one platform,’ he says.

But it’s not yet clear exactly what Apple plans to do, Hutchison notes. ‘At the moment, Apple supports a fairly old version of OpenGL on many Macs, which limits some of the more advanced features.’

François-Xavier Coudert, a computational chemist at the French National Center for Scientific Research in Paris, says using OpenGL is especially useful because it is has been around so long and is a standard tool that can be used on multiple platforms. ‘All the other solutions are somewhat more complex to use,’ he explains.

‘Scientific software tends to evolve rather slowly, because there is not much incentive to change things that work,’ Coudert says. On the other hand, he notes, software moves more quickly in the gaming industry, for instance, which releases new products often. ‘It is not clear, if Apple stops support for OpenGL, whether there will be an effort by their maintainers (and the funding necessary) to keep them working by adapting to Apple’s new 3D technologies,’ Coudert says.

He notes that when Apple stopped supporting X server, which a lot of research software developed for Linux and Unix is dependent upon, they continued maintaining it in a working state, albeit outside the Apple brand. ‘Many years after it was removed from macOS, it is still fully usable and many scientists rely on it,’ Coudert notes. ‘I hope that the same thing will occur with OpenGL, but there is currently no way to know.’