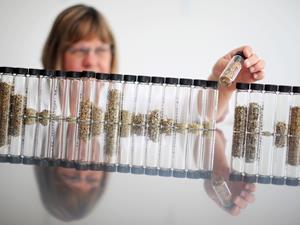 Ways in which chemists can help address the growing problem of designer drugs – structurally similar analogues to illegal substances whose regulation is elusive because they involve ever-changing formulas – were the subject of discussion at a session of the 250th ACS National Meeting & Exposition last week in Boston, US.

Designer drugs, or New psychoactive substances (NPS), first emerged in the US in 2008. The United Nations Office of Drugs and Crime (UNODC) received 324 reports of NPS worldwide between 2009 and 2014, according to its 2015 World Drug Report.

It is relatively simple to take a drug that has a known psychoactive effect and change one substituent group to make it into another drug that is not yet classified as illegal but provides the same or similar psychoactive high, explains William Hoffmann, a postdoctoral student at West Virginia University’s forensic and investigative science department.

The use of synthetic cannabinoids, for example, is soaring globally, according to the UN. From mid-2012 to 2013, the total number of these substances almost doubled from 60 to 110. In fact, US poison control centres saw a 229% increase in the number of calls related to synthetic cannabinoid use from January 2015 to April 2015, compared to the same period in 2014.

To help get a handle on the problem, Hoffmann and his colleagues are working on using mass spectrometry to differentiate between how much cannabidiol (CBD) and tetrahydrocannabinol (THC) – two of the most prevalent cannabinoids that exist – are present in drug samples confiscated by law enforcement authorities.

While there are several accepted medical uses for CBD, there are none for THC, Hoffmann notes. ‘If we can distinguish the two, then we can separate something that is illegal from something that is legal,’ he tells Chemistry World. CBD and THC can be distinguished by chromatography, but Hoffmann says that the next step is to quantitate those figures.

‘The question is, how much of each is there, and does that lead us to believe that the strain is of medical value or not?’ Hoffmann says. The concept that he and his colleagues are working to develop is one in which drugs recovered by the police are taken back to the forensics lab, where the material would be analysed by mass spectrometry to produce a breakdown of CBD versus THC within seconds.

Another emerging drug discussed was ‘bath salts,’ which are synthetic analogues of the naturally-occurring cathinone, an amphetamine-like stimulant found naturally in the khat plant. These drugs have been linked to paranoia, hallucinatory delirium, psychotic and violent behaviour, as well as deaths. An estimated 22,904 hospital visits in the US were caused by bath salts in 2011, according to a report from the US Substance Abuse and Mental Health Services Administration.

‘It is really important for the analytical world to come up with methods to rapidly screen for these things,’ says Janet Morrison from Trinity College in Connecticut, US, who was presenting various approaches she is testing to crack down on this growing public health threat at the meeting.

Morrison’s research aims to develop and optimise a rapid, simple and reliable laboratory test that can analyse commonly abused synthetic cathinones in saliva. She and her colleagues are trying to do this using a type of mass spectrometry on top of Direct Analysis in Real Time (DART), which uses an atmospheric pressure ion source that instantaneously ionises gases, liquids and solids in open air under ambient conditions.

She says saliva is an ideal drug testing medium because it is a non-invasive way to collect a biological sample that is easy to handle and store. Morrison notes that oral fluid testing is especially useful for roadside sobriety testing, because drug levels in saliva mirror plasma levels, indicating recent use and impairment.

But she says it remains unclear when roadside tests based on such technology will be available. The US National Institutes of Health and other federal agencies still need to establish what level of cathinones in a substance indicates that it is, or should be, illegal. ‘It is happening, but it’s is not there yet,’ she told delegates at the meeting.